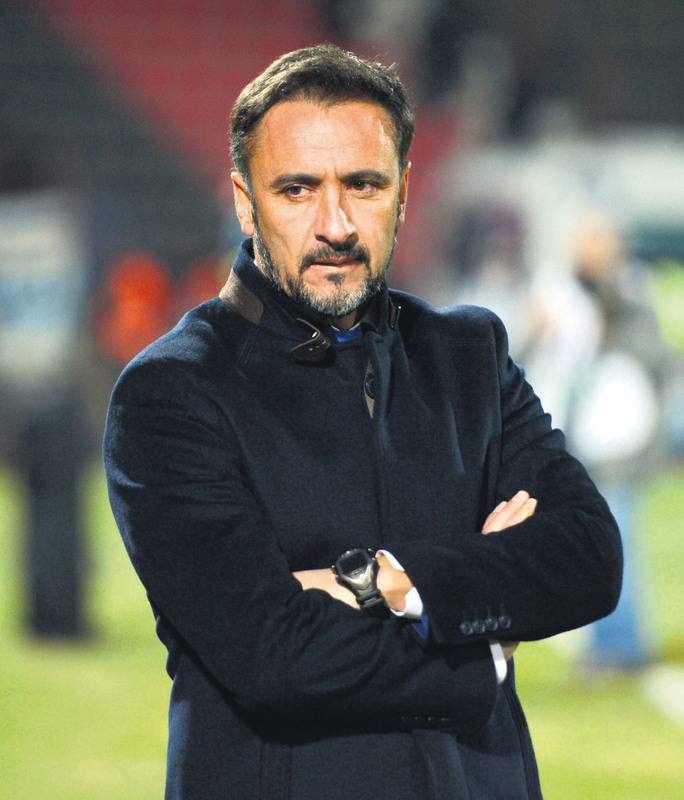 by Daily Sabah Dec 08, 2015 12:00 am
Fenerbahçe have failed to claim the top spot of Turkey's top football division, drawing against Gaziantepspor 2-2 in an away match late Sunday. Fenerbahçe are second in the Spor Toto Super Lig standings with 31 points, behind Beşiktaş which has 32 points. After Gaziantepspor took the lead in the sixth minute thanks to a goal by forward Demba Camara, Fenerbahçe lost their left-back Hasan Ali Kaldırım who was sent off in the 30th minute. Still, despite being down a man, Fenerbahçe equalized.

The goal was scored by right-back Gökhan Gönül. After a penalty converted by Gaziantepspor's Muhammet Demir in the 54th minute, Alper Potuk found the net to claim the draw for the Istanbul club. Fenerbahçe coach Vitor Pereira was upset with the decisions of the young referee Serkan Tokat and said, "We showed our combatant skills during the match. But we could not get what we wanted. By the way we cannot be awarded a penalty. Such a thing never happened to me before in my life. If we are awarded a penalty I will celebrate this with my family at home by cutting cake. Besides the ground was awful. Such grounds must never been allowed to play football."

Fenerbahçe President Aziz Yıldırım was also angry. He condemned the referees saying, "The Super League will be a complete mess with these referees."
RELATED TOPICS