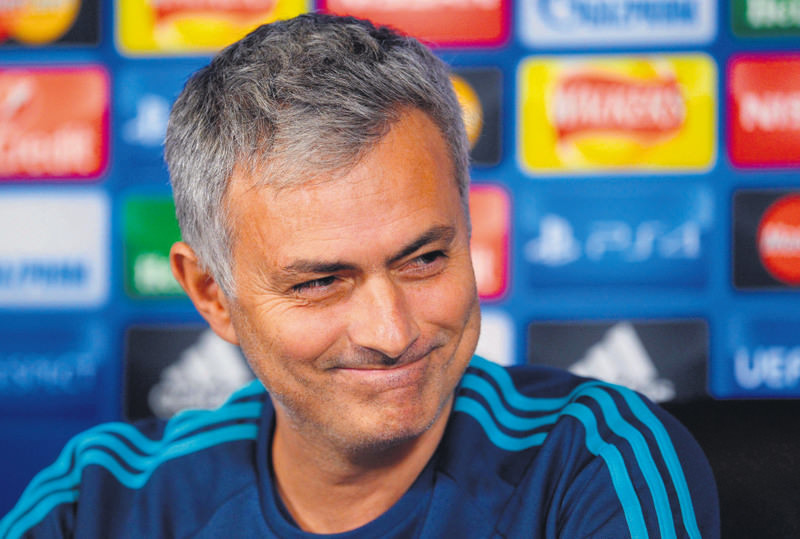 by Dec 09, 2015 12:00 am
Chelsea manager Jose Mourinho is confident he retains the support of the club's owner Roman Abramovich on the eve of the Champions League match against Porto today which could determine his future at Stamford Bridge.

At a lively news conference yesterday, the under-pressure Mourinho was in more defiant but good-natured mood than of late, insisting that he was an "optimist" and that his struggles this season had made him a better manager.

Mourinho was asked whether if he failed to make the Champions League knockout stages -- a fate which could befall Chelsea if they do not beat his old side Porto in the Group G finale -- he still expected to be manager for Monday's Premier League match against leaders Leicester City.

"There are no ifs," he told his questioner. "You are a pessimist - I am an optimist."

Asked why he was confident of the support of chairman Abramovich, an owner with a penchant for quickly disposing of under-achieving managers, Mourinho said: "Because I think I did lots of good things for this club for the owner to know the quality I have.

"He believed in me twice. One, when he brought me back to the club, and the second time when he gave me a new four-year contract.

"I don't think the owner is a person to change with the wind. I know this wind is really strong because the results in the Premier League are really bad but I think the owner knows what I give to the club and he believes I am the right man to do the job."