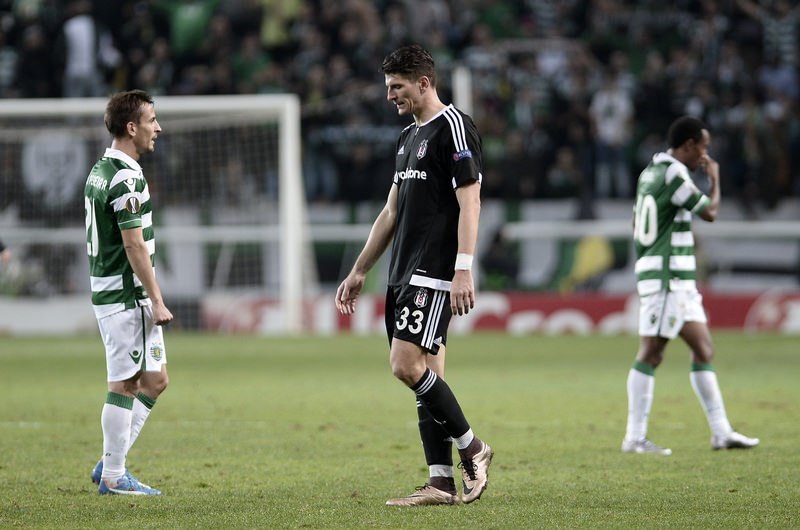 by Anadolu Agency Dec 11, 2015 12:00 am
Turkish club Beşiktaş lost 3-1 in an away game against Portuguese opponents Sporting Lisbon in their last Europa League Group stage game at Jose Alvalade Stadium on Thursday.

Thursday's defeat cost the Istanbul club a spot in the last 32, while Sporting Lisbon advanced, having finished second of Group H with 10 points.

The third and fourth goals of the game came shortly thereafter in the 72nd and 78th minutes, and were scored by Bryan Ruiz and Teofilo Gutierrez respectively.

In the other Group H game tonight, Lokomotiv Moskva won 3-0 in an away game against Albania's Skenderbeu.