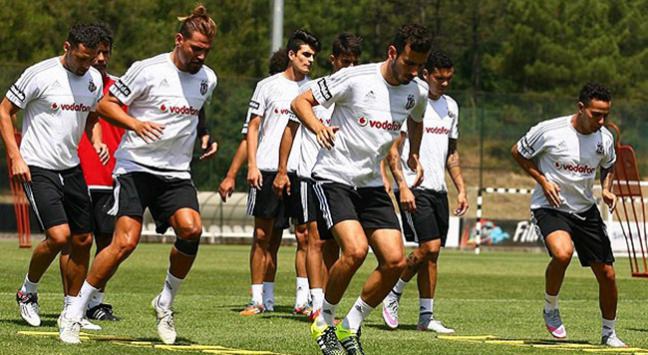 by Anadolu Agency Dec 11, 2015 12:00 am
Istanbul rivals Beşiktaş and Galatasaray are set to clash in a Süper Lig derby at the Atatürk Olympic Stadium on Monday.

Leading the Süper Lig with 32 points, Beşiktaş want to get over this week's 3-1 loss to Portuguese side Sporting Lisbon in the UEFA Europa League which saw the Turks eliminated from the competition.

Galatasaray are six points behind Beşiktaş and need to win the match to cling onto their title hopes.

Galatasaray have dominated derbies against Beşiktaş in recent seasons; the Lions have won the last five league games against their city rivals.

The last derby between the teams was played in Galatasaray's home ground, Türk Telekom Arena on May 24.

Being in second spot with 31 points in the Süper Lig, Fenerbahçe are looking for a victory this derby weekend.

The Yellow Canaries' left-back Hasan Ali Kaldırım is suspended for the home match due to a red card picked up in a previous league match.

Fenerbahçe's star forward Robin van Persie has calf problems so he may miss the match.

Former Fenerbahçe veteran Emre Belözoğlu-now playing for Medipol Basakşehir-is not expected to play against his ex-club because of injury.