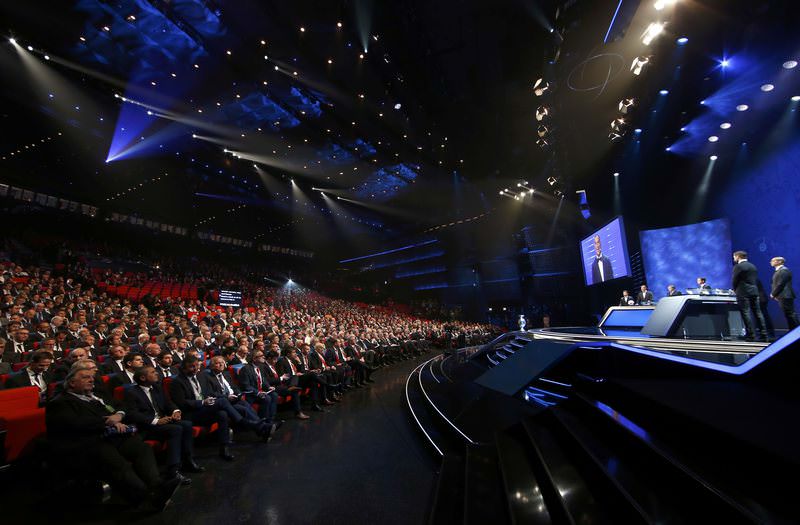 by Daily Sabah with Agencies Dec 12, 2015 12:00 am
Turkey have been drawn into Group D alongside Spain, Croatia and Czech Republic on Saturday for the Euro 2016 football tournament.

Hosts France will open the championship on June 10 against Romania in Paris. The other teams in their group are Albania and Switzerland.

World champions Germany were grouped with Ukraine, Poland and Northern Ireland in Group C. Germany meet Ukraine in their opener in Lille on June 12.

England face neighbours Wales in Group B along with Russia and Slovakia. England meet Wales in their opening match in Lens on June 16.

The 24-team competition ends with the final in Paris on July 10.

UEFA president Michel Platini, who captained France to the title at the last continental tournament in the country in 1984, was not able to attend the 90-minute show because he is suspended from football activities by the ruling body FIFA.