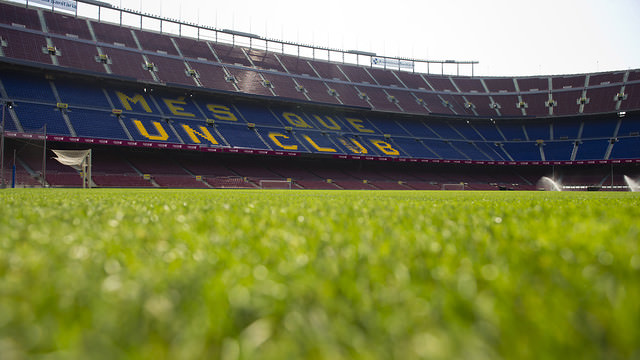 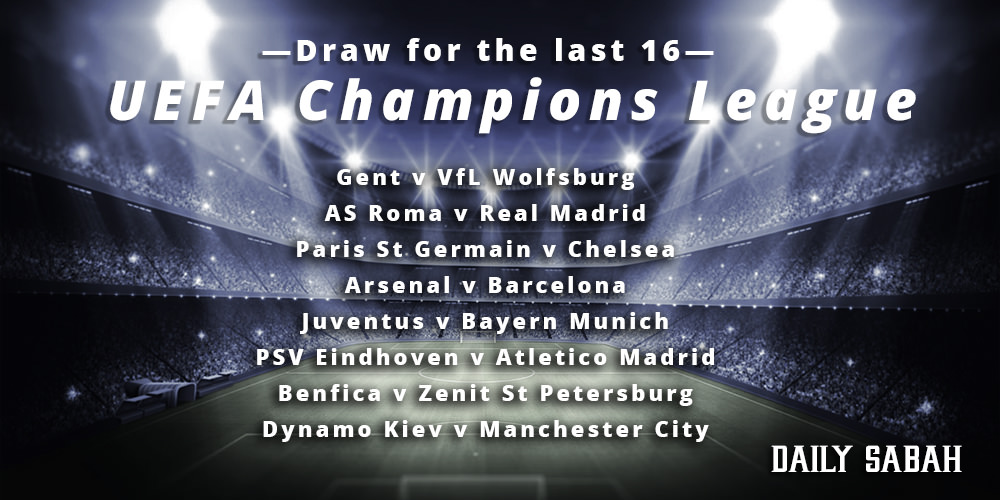 European champions Barcelona will go up against English Premier League leaders Arsenal in the Champions League last 16 after they were thrown together in Monday's draw.

The draw, carried out at UEFA headquarters in Nyon, also saw record 10-time winners Real Madrid matched up against Roma, while Manchester City will meet Ukrainians Dynamo Kiev for a place in the quarter-finals.

Barcelona representative Albert Soler said the title-holders had plenty of respect for the Gunners, who the Spaniards beat 2-1 in the 2006 Champions League final in Paris.

"Both teams have a similar understanding of football, so I think we will have two great games and we hope to get the better results," Soler told beIN Sport Spain.

"As always, we have respect for the opponnent. Arsenal are a great team and I am sure we will have difficulties against them."

Bayern captain Philipp Lahm admitted the Bundesliga leaders had stumbled upon a tricky last-16 opponent in Juve but remained confident of progressing.

"It's a European classic. Juve were runners-up last season which represents a major challenge, but we want to reach the quarters and will do everything we can."

Former Real Madrid and Spain star Emilio Butragueno, now a club director with the La Liga giants, admitted the draw could have been worse for Rafael Benitez's side.

"We could have got more difficult opponents, but also easier opponents. Roma are a competitive team with internationally recognised players," said Butragueno.

"We all know what it means to face Real Madrid in this kind of tie, so they will be very motivated and we need to respond to our expectations."

Wolfsburg, who dumped out Manchester United to reach the knockout phase for the first time, will meet competition debutants Gent.