Fatih Terim: Turkey in the most difficult group but no fear 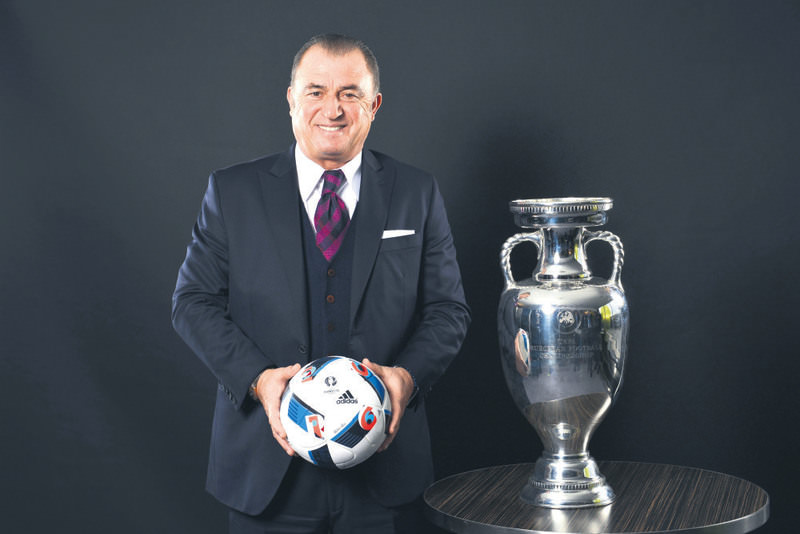 While Turkey will face the title holders Spain, Czech Republic and Croatia in the group stage of the 2016 UEFA European Championship, Turkey's coach said, ‘We made the most difficult draw but have no fear'

Following Saturday's draw for Euro 2016 in France, Turkey coach Fatih Terim has talked confidently despite stressing that his team was handed a tough Euro 2016 draw. In an interview aired on NTV, Terim said, "I think we are in the most difficult group. There is no need to talk about Spain. They are a world and European champion team and deserve respect for their achievements. We have already gone up against Czech Republic in the qualifiers. They defeated us and we defeated them. Croatia is a team with the potential to beat anyone in Europe. Whatever the case, we don't intend to surrender to anyone. We will continue to execute our game strategy and play quality football. We will push to advance from the group."

"Everybody's dream is to play in the final on July 10. We also dream it. We will do our best. There is neither fear nor surrender in our philosophy. I know no match will be easy. But we are a team who has been improving with every passing day. Anyway, you can't expect an easy game in the European Championship."

Spain coach Vicente del Bosque is wary of the threat posed by Croatia after being paired alongside the 1998 World Cup semi-finalists, Turkey, Czech Republic in the draw for Euro 2016. Del Bosque's men squeezed past Croatia 1-0 on their way to winning a second consecutive European Championships three years ago and he is only too aware of the threat posed by the likes of Real Madrid's Luka Modric and Barcelona's Ivan Rakitic.

"We face two teams that have played in the same qualifying group in Czech Republic and Turkey and Croatia, who are one of the best teams in Europe with excellent players. It will be a very difficult group," said Del Bosque.

"Croatia have extraordinary players that play in the best teams in Europe and we saw their value in the last European Championships."

Spain could become the most successful side in European Championships history with their fourth title if they can bounce back from the disappointment of being dumped out of the 2014 World Cup at the group stage to win the tournament for a third consecutive time. "We go in with the challenge to win a third consecutive European Championships. It would be extraordinary because no one has achieved it before," added Del Bosque.

"We will try, but we know there are other excellent teams."

Croatia coach Ante Cacic stated that Spain is the favorite team in the group. Cacic said, "We, Czech Republic and Turkey all have the potential to advance. To advance from this group is more difficult than other stages."

Czech coach Pavel Vrba said, "We are in the most difficult group. Spain is the indisputable favorite. The other three team's chances are equal."

The Euro 2016 draw was held on Saturday night in Paris. France will compete with Romania, Albania and Switzerland in Group A. For the first time, the European Championship will see 24 teams fighting for the trophy, up from 16 in previous tournaments. Four teams (Iceland, Wales, Albania and Northern Ireland) are participating for the first time, while a shock absentee is the Netherlands. The championship will kick off on June 10, with the France - Romania match to be played in Stade de France. The final will be played in the same stadium on July 10.

In Euro 2008, the Turkish team had an exhilarating ride that involved two of their Euro 2016 group rivals. Turkey came back from the dead against Croatia drawing 1-1 with a goal scored in the 122nd minute before going on to win 3-1 on penalties.

During that tournament, Turkey also made a remarkable comeback against the Czech Republic, scoring three goals in the last 15 minutes to win 3-2. That result brought Turkey to their first European semi-final appearance.
Last Update: Dec 14, 2015 12:05 pm
RELATED TOPICS