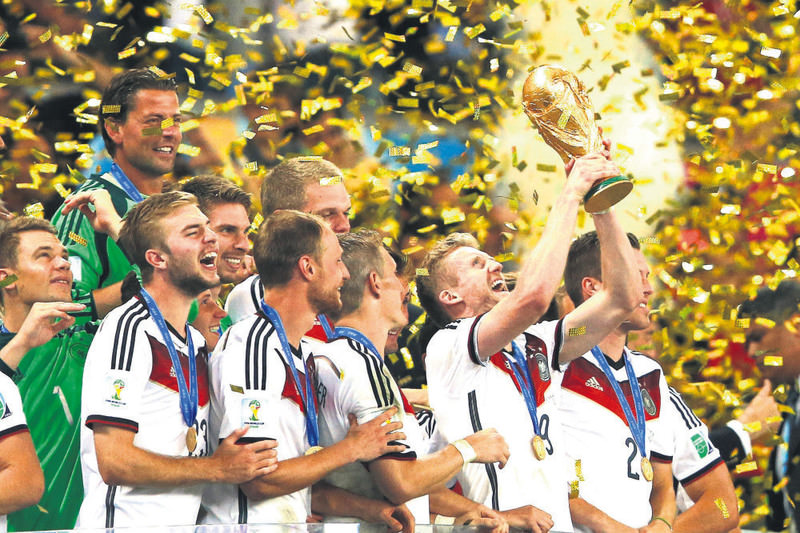 by Daily Sabah Dec 17, 2015 12:00 am
FIFA says more than 1 billion people watched the 2014 World Cup final. A total of 1.013 billion saw at least one minute of Germany's 1-0 win over Argentina in extra time at Maracana Stadium in Rio de Janeiro, according to research by FIFA and Kantar Media published Wednesday. Televisions viewers at home, people watching in public spaces and online are counted.