Ancelotti to replace Guardiola at Bayern 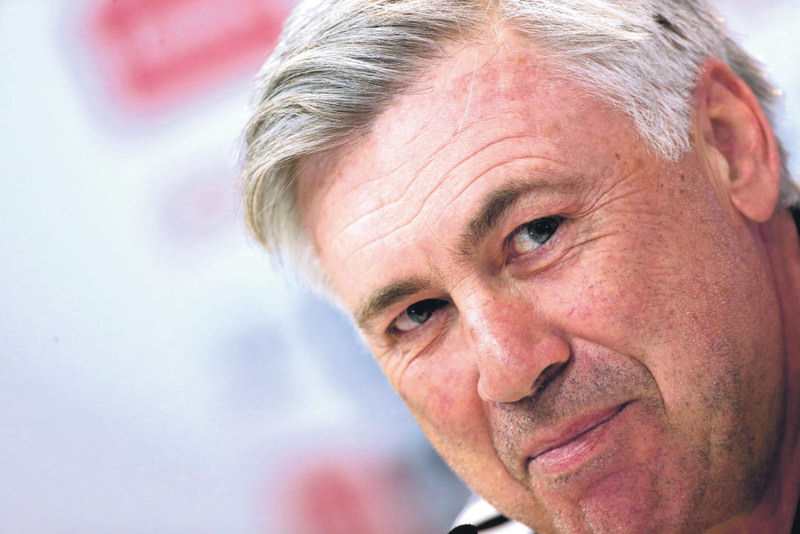 With Munich eight points clear in the German league, Pep Guardiola jetted off to Spain to be with his family for Christmas, leaving the Bayern chairman to announce Carlo Ancelotti will coach Bayern next season

"We are thankful to Guardiola for all he gave our club and hope to celebrate more success in the current season," Rummenigge said in a statement, adding Ancelotti has signed a three-year deal. Guardiola's departure was widely expected with several top Premier League clubs reportedly interested in the 44-year-old former Barcelona coach, who had won 14 titles in four years at the Spanish club.

The Spaniard took over after Bayern's 2012-13 treble-winning season and consolidated their domestic dominance with back-to-back league titles and a German Cup in his first two seasons in charge. But he has yet to lead them to the Champions League title with Bayern losing at the semi-final stage on their previous two attempts. Bayern are top of the league this season and through to the Champions League knockout stage and can still win the treble.

The 56-year-old Ancelotti is a three-time Champions League winner and has also won a string of domestic titles with AC Milan, Chelsea, Paris St Germain, Juventus and Real Madrid, his most recent appointment. "I am very honoured that I will be the coach of the big FC Bayern Munich from next season," Ancelotti said.

Guardiola, the self-confessed perfectionist, who has won a combined 19 trophies with Bayern and Barcelona, will now be courted by any major European club looking for a new coach.

Manchester City manager Manuel Pellegrini has made the startling admission that he hopes Bayern Munich coach Pep Guardiola will one day succeed him at the Etihad Stadium. "Pep Guardiola will work here (in England). I don't know if it is next season here (at City) or at another club," Pellegrini said in comments published prior to Bayern's announcement by several British newspapers on Sunday. "Some day he'll come here. And I hope he will have the option to work at Manchester City. "I say that because I love this club and I hope, in the future, he can work here also. I am sure he will be very important for the club."

Guardiola has also been linked with Chelsea since Jose Mourinho was sacked by the Blues for a second time on Thursday. But so far, the 44-year-old Guardiola has given no indication as to his future plans.

Touted as one of the best coaches of his generation, Guardiola is used to frenzied speculation over his future having sensationally quit Barcelona in 2012 despite being the most successful coach in the club's history. His four-year reign at the Camp Nou is known as Barca's golden age after he transformed a misfunctioning club into what is widely regarded as the best club team ever to play the game.

Guardiola has 19 titles in his coaching career

Pep Guardiola has 19 titles in his coaching career so far. The coach, who turns 45 in January, is on course to add three more before he leaves Bayern at the end of the season. Here is a list of titles Guardiola won as player and coach through December 2015:

As player (with Barcelona):

Chelsea turned again to experienced Dutchman Guus Hiddink to guide them out of a crisis when they named him as interim manager on Saturday for the rest of the season following the sacking of Jose Mourinho. Hiddink, 69, had a caretaker spell in charge at Stamford Bridge in 2009 when Brazilian Luiz Felipe Scolari was fired and Chelsea went on to reach the Champions League semi-finals and win the FA Cup under his care.

"I am excited to return to Stamford Bridge. Chelsea is one of the biggest clubs in the world but is not where it should be at the moment. However, I am sure we can all turn this season around," Hiddink said in a club statement. His first priority will be to breathe life into Chelsea's Premier League campaign after the champions lost nine of their first 16 matches this season -- a calamitous run that ended with three-times title winner Mourinho's dismissal on Thursday. Chelsea, embroiled in their worst start to a league season since 1978, were one point above the relegation zone ahead of Saturday's home clash with fellow strugglers Sunderland but responded with a 3-1 victory. Hiddink watched from the stands with Mourinho's former assistants Steve Holland and Eddie Newton in charge for the day. Mourinho was sacked for the second time as Chelsea manager on Thursday, seven months after leading them to the title.