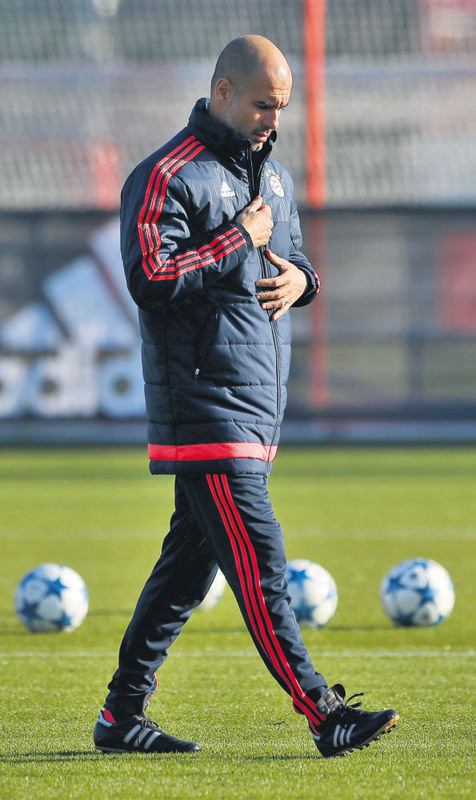 by Arda Alan Işık Dec 22, 2015 12:00 am
"For starters, in 2009, Barcelona only scraped past Estudiantes de La Plata, needing Pedro to equalize in the 89th minute and Messi to win the game in extra time, while Luis Enrique's men were all over River by the end. And while the levels of midfield domination Pep's side managed had rarely been seen before, there is something even more exciting about the current side, their unpredictability, their quick counters, their variety. And of course, there is their ruthless trident, the most prolific and surely the most exciting attacking trio to have played together," marveled Richard Martin of the Daily Mirror, hailing Barcelona's clear victory against Argentinean side River Plate in the Club World Cup. Throughout his article, Martin suggests that Luis Enrique's chaotic style made Barcelona's game even more dangerous than Pep Guardiola's Barca team; a statement I don't agree with.

Obviously, Martin has a point. Today's Barcelona is nowhere near Guardiola's Barcelona of 2012, but the mentality started to change when Pep left the club, not when Enrique arrived at the Camp Nou. Even Guardiola's assistant, Tito Villanova, who was Pep's successor, did not maintain the club's football philosophy, which was the product of the cumulative knowledge of 20 years. Rather, just like Luis Enrique and his predecessor, Gerardo Martino, he thought the problematic side of the classic Barcelona game was the game itself. Given that dominance and control were the key words for Guardiola's Barcelona, adding "unpredictability and quick counters" makes Enrique's game completely different from what we used to see from Barcelona.

Firstly, the defensive organization used to be the center of the offence, where Guardiola built his strategies, but now it is a traditional defense, with two offensively reluctant center backs, Gerard Pique and Javier Mascherano, and two totally unpredictable wing backs, Jordi Alba and Dani Alves. Well, even this version is still better than most Spanish and European teams, but it does not offer the theoretical dominance that Guardiola's team used to offer.

When you separate offense and defense, you do not just leave each part alone, but instead break the flow of the game through the offense. When Guardiola was in charge, every defensive player was active in attacking build-ups, and that allowed the team to both settle in the opponent's half and circulate the ball easily among all 11 players. Nevertheless, Luis Enrique chose defensive priorities over a revolutionary way of playing football.

What is more, their attacking game is not as patient as it used to be; now Lionel Messi, Luis Suarez and Neymar - one of the best trios of all time - do not even look back when they get the ball. However, this quick counter mentality combined with the absence of defensive players makes it impossible for Barcelona to bring more than four men into the opponent's penalty box most of the time. Now, occasional and individual skills are much more important than ever, unlike in the Guardiola era where almost everyone was involved in a patient build-up process.

On the other hand, this new game of course is highly cooperative given Luis Enrique has no intention of getting the best potential formation to play football and let his superstars act independently. In other words, he is only interested in the results, not the philosophical part of football. In other words, the tricks he has been using take the rational ground away from Barcelona's game and transforms Barca into just another European team with a lot of individual talents, not a revolutionary team with a theoretically superior strategy.
RELATED TOPICS