Platini calls FIFA ban a ‘kick in the teeth' 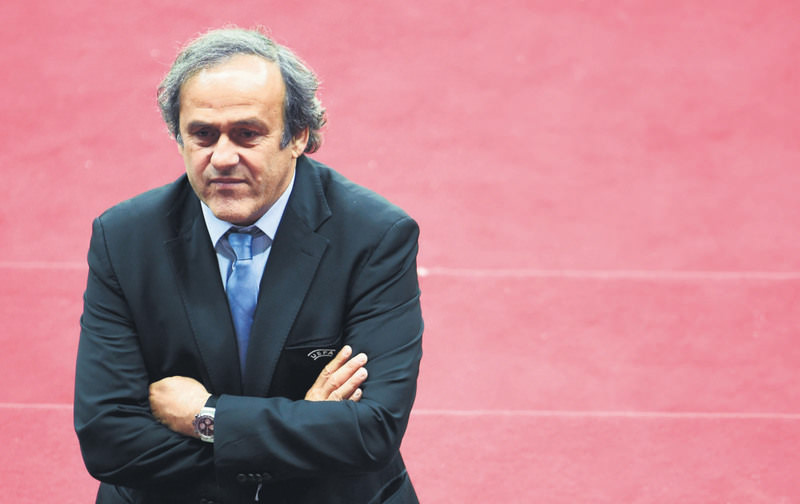 by Dec 23, 2015 12:00 am
Michel Platini (above) called FIFA's eight year ban a "kick in the teeth" but vowed in an interview with AFP on Tuesday to fight on for the presidency of world football's governing body. The FIFA vice president and UEFA leader condemned the ethics committee that banned him on Monday but said he would "fight to clear my name." Platini's ban from all football activities prevents him from standing in the February 26 election to find a replacement for FIFA president Sepp Blatter and working at UEFA president. Blatter and Platini were suspended for eight years over a 2 million Swiss franc ($2 million) payment made to Platini in 2011 for work carried out between 1999 and 2002. Platini is determined to plough on in his quest to become the most powerful man in football. "I will fight. But then I'll take my responsibilities according to what happens," he told AFP in the exclusive interview. Platini insisted there was nothing illegal in the oral contract he said was agreed with Blatter. The salary agreement was however never disclosed in FIFA documentation until the payment was made in 2011.

"I'm struggling to understand. Why? How did we get to this? I did some work, I asked to be paid, I sent an invoice, I was paid, I paid my taxes on that. That was in 2011," he said. "There was a debt that was settled, full stop! Then, in 2015, the Swiss court wanted more information. "Then it took off at FIFA and a lot of people at FIFA are happy that this issue happened.

"And here I am, suspended from all football-related activity for eight years."

Platini repeated his suspicions that the timing of the ban was a deliberate attempt to prevent him from standing in February's election. Platini insists he should not be bunged into the same bracket as Blatter, who has long been suspected of corrupt practices.

"I'm fighting against this injustice, from one court to another," said Platini, referring to the various avenues of appeal he can take within FIFA, to the Court of Arbitration for Sport (CAS) and even in the Swiss civil court.

"But there you go, in the meantime, my name has been dragged through the mud in the press. "Whatever happens, my reputation has been sullied, I've been kicked in the teeth: I've been put in the same bag as Blatter." Platini was an ally of the 79-year-old Blatter who turned against him as the FIFA leader refused to give up office.
Last Update: Dec 23, 2015 1:25 am
RELATED TOPICS