Beşiktaş put in best performance of the last 12 years 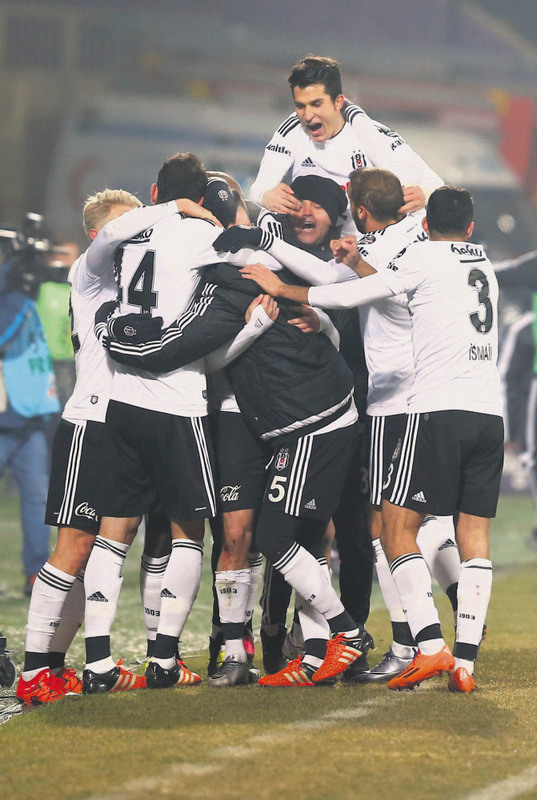 by Daily Sabah Dec 24, 2015 12:00 am
Turkish Spor Toto Super League leaders Beşiktaş are attracting attention with their superb performance. The Black Eagles defeated Osmanlıspor 3-2 on Monday and maintained their top position but concurrently marked a big statistical success. Beginning the 2015-16 season with new coach Şenol Güneş, Beşiktaş put in the best performance of the last 12 seasons.

As of the 16th week of the Super League, they won 12 matches, and drew and lost two matches each. With 38 points they have achieved the most points of the last 12 seasons - the black and white team had finished the first half of the 2003-04 season with 40 points. Beşiktaş also marked their best goal scoring performance in the last 12 seasons. They found the net 37 times and share the title of highest-scoring team with Galatasaray. Beşiktaş had previously scored 37 goals in the 16th week of the 2003-04 season. In that season, Beşiktaş had gotten the title with 85 points composed of 26 wins, seven draws and one loss.
RELATED TOPICS