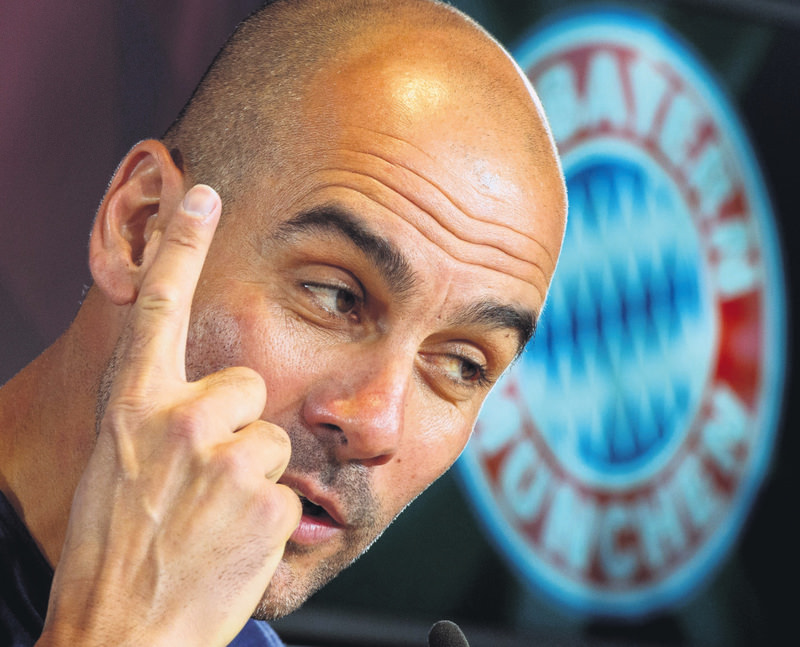 by Jan 07, 2016 12:00 am
Bayern Munich coach Pep Guardiola has admitted he wants to manage in the English Premier League in his first press conference since announcing he will leave the Bundesliga giants at the end of the season. "I want to coach in England," said the Spaniard on Tuesday, before adding that he "has no new club yet."

Guardiola's departure at the end of his third season in Bavaria and his replacement by Italian Carlo Ancelotti were announced by the club on Dec. 20. The former Barcelona coach has since been linked with Chelsea after Jose Mourinho was sacked, and also with Manchester City whose own manager Manuel Pellegrini is under contract until 2017.

"I have this possibility to go to England. It's the right time," said the Spaniard, who turns 45 later this month.

"I haven't had offers yet, I can't say anything more for the moment."

"I hope that (Karl-Heinz) Rummenigge (Bayern chairman) and the staff understand my decision, I'd be sorry if they were disappointed by my choice," he continued, adding that he would discuss the subject "for the first time" with his players during their winter training camp in Qatar starting on Wednesday.
RELATED TOPICS