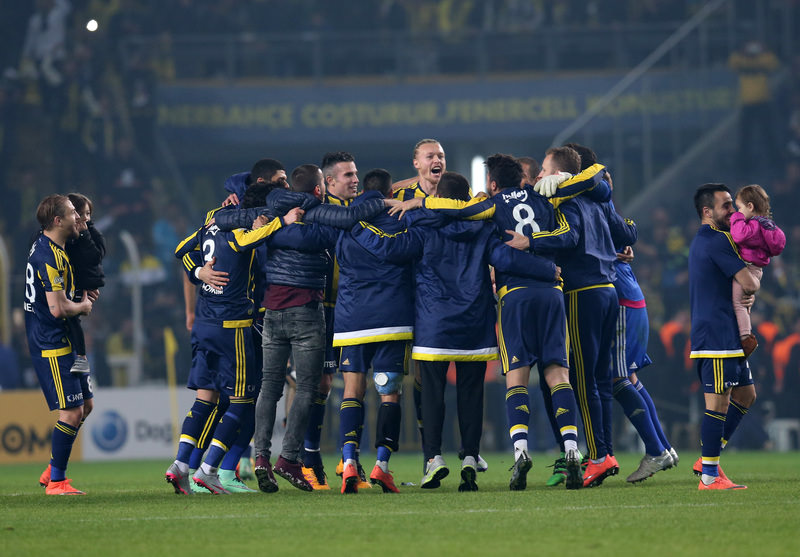 by Daily Sabah with AA Mar 01, 2016 12:00 am
Fenerbahçe reclaimed the top spot in Turkish Super League after a 2-0 victory over their fellow Istanbul-based club Beşiktaş at Ülker Stadium Monday night.

Volkan Şen scored the first goal of the title game in the third minute, while Portuguese midfielder Luis Nani struck the second goal towards the end of the second half in the 82nd minute.

Fenerbahçe now lead the table with 53 points, two points above local rivals Beşiktaş. Third-placed Torku Konyaspor has 40 points. Medipol Başakşehir and Galatasaray round up the top five with 39 and 37 points each.
Last Update: Mar 01, 2016 2:48 am
RELATED TOPICS