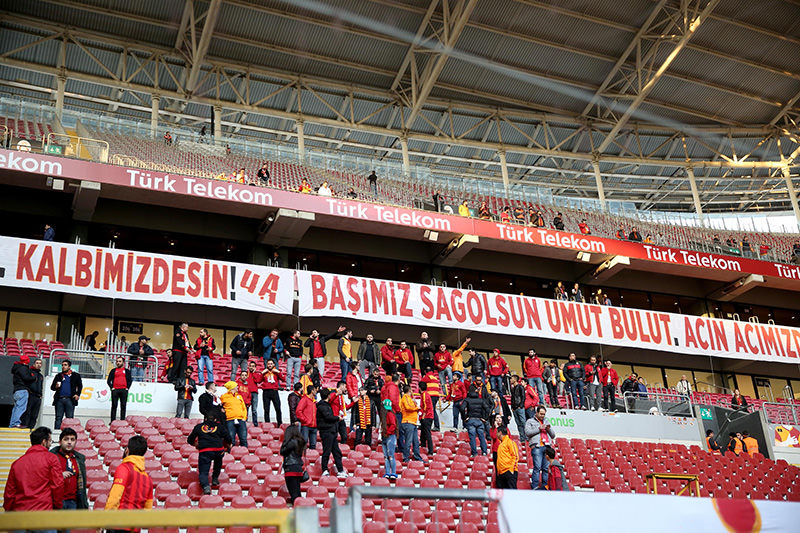 While the whole nation was locked to watch the "Intercontinental Derby" match to be played on Sunday evening between the two largest Istanbul clubs, Galatasaray from the European side and Fenerbahçe from the Asian, as a means to distract themselves from the country's heavy agenda, the match was postponed to a later date by the Governorate of Istanbul, citing a "serious security threat."

It was commented that the decision was announced partially to prevent fans, which were already at the stadium, to pile up in the gates or mass transportation.

The match, which was set to be played at Galatasaray's Türk Telekom Arena on Sunday, has a long tradition to keep almost the entire nation in front of television screens for 90 minutes.

The bombing grinded the social life to a halt in Istanbul over the weekend, while the basketball match between Galatasaray Odeabank and Darüşşafaka Doğuş was cancelled as Doğuş was at camp in a hotel near the explosion scene in the Taksim district.

Previously on March 13, the Turkish capital Ankara was struck by a car bombing carried out by the PKK terror organization, which killed 35 civilians. Galatasaray's Turkish striker Umut Bulut's father Kemal Bulut was among the victims of the attack.

Bulut was expected to be in the starting eleven of Galatasaray if the match was played.

For the home side Galatasaray, which currently stand at the fifth spot in Turkey's top division Süper Lig 24 points behind leaders Beşiktaş, getting a victory this game against their arch-rival has symbolic importance in a nightmare season.

Galatasaray have recently been received a one-year ban from European cups by UEFA for failing to comply with its Financial Fair Play rules, while appointing their third manager in one season, youth coach Jan Olde Riekerink, to run the team until the end of 2015-2016 season on March 16.

Meanwhile, Fenerbahçe are only four points behind leader's Beşiktaş with one match missing.

Galatasaray left-winger Olcan Adın will miss the derby with a suspension. The 30-year-old player scored the equalizer in an earlier derby against Fenerbahçe in Kadıköy on Oct. 25, where the clash ended in a 1-1 draw. Visitor Fenerbahçe's Serbian winger Lazar Markovic, on loan from Liverpool, is still injured.