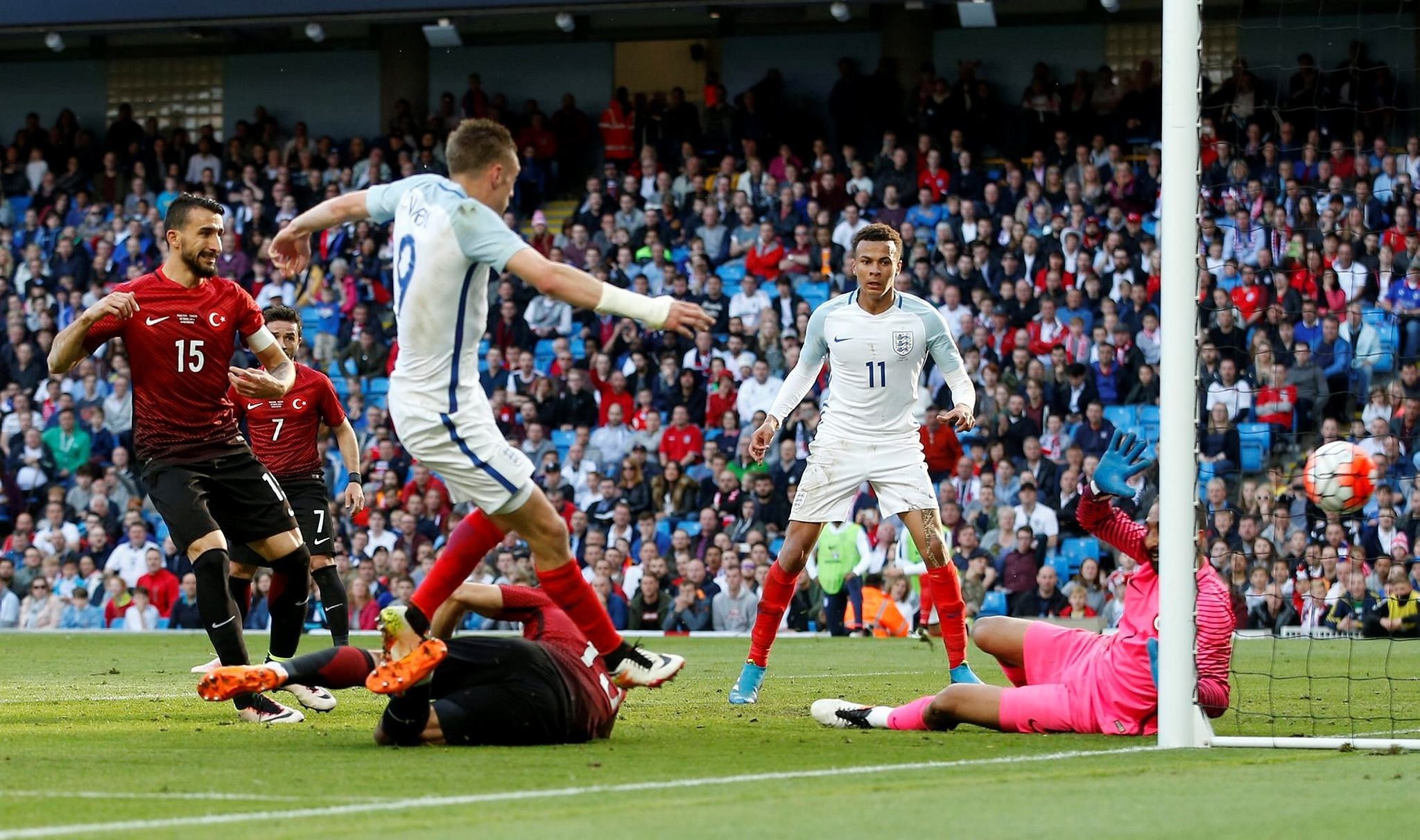 Jamie Vardy's late goal sealed a 2-1 win for England against Turkey on Sunday in the opening Euro 2016 warm-up match for both teams.

The English team started the game in good shape, taking just two minutes to break the deadlock when Harry Kane put his team in front at the Etihad Stadium in Manchester only to have Hakan Çalhanoğlu equalize 10 minutes later.

Later on, Kane missed a 72nd-minute penalty that would have restored England's lead after Çalhanoğlu's 13th-minute equalizer — Turkey's first-ever goal against England in 11 games.

However, Vardy knocked in the rebound after Gary Cahill's header was stopped on the line in the 83rd minute.

Vardy and Kane were paired up front by England coach Roy Hodgson after scoring 49 goals between them in the Premier League this season.