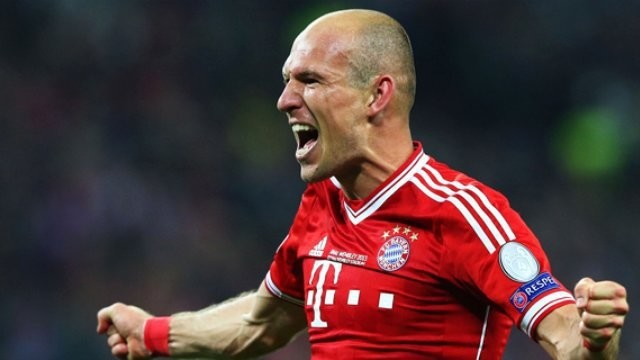 by Hakan Baş May 27, 2016 12:00 am
Turkish powerhouses and Sport Toto Super League champions Beşiktaş are now eyeing to improve the team ahead of next season's Champions League campaign. The Black Eagles are believed to be looking at some world-class stars. Their first target is Bayern Munich's Dutch star Arjen Robben. The fact that there are two powerful sponsors, Beşiktaş are hopeful for Robben's transfer.

Beşiktaş's Foreign Relations Director Erdal Torunoğulları is said to be negotiating with Robben's agent. If Robben comes to Turkey, he will be in the same division as fellow Dutchmen Robin van Persie of Fenerbahçe and Wesley Sneijder of Galatasaray. Meanwhile, Beşiktaş's top scorer Mario Gomez, who had a historic season this year, said he might stay at the Turkish club. In the German national team's preparation camp ahead of Euro 2016, Gomez talked to Frankfurter Allgemeine. He said, "I feel more mature and better than usual. I am at the top level physically. I owe this to the training that I had at Beşiktaş. I had an extraordinary season in Turkey and did not regret it. I'm very content with my career at Beşiktaş."

Beşiktaş are also interested in Liverpool defender Martin Skrtel according to turkish-football.com. Skrtel's agent Karol Csonto was quoted as saying: "Martin has not agreed with any club. Beşiktaş are interested and he is 90 percent likely to leave but he has not reached terms with Beşiktaş." Skrtel is almost certain to leave the Reds over the summer and Beşiktaş are keen on bolstering their defense. Beşiktaş struggled defensively last season and despite winning the league they had the worst defensive record in the top-three. The Reds signed Skrtel from Zenit St. Petersburg back in 2008 and the experienced defender has now made 320 appearances for the Premier League giants.
RELATED TOPICS