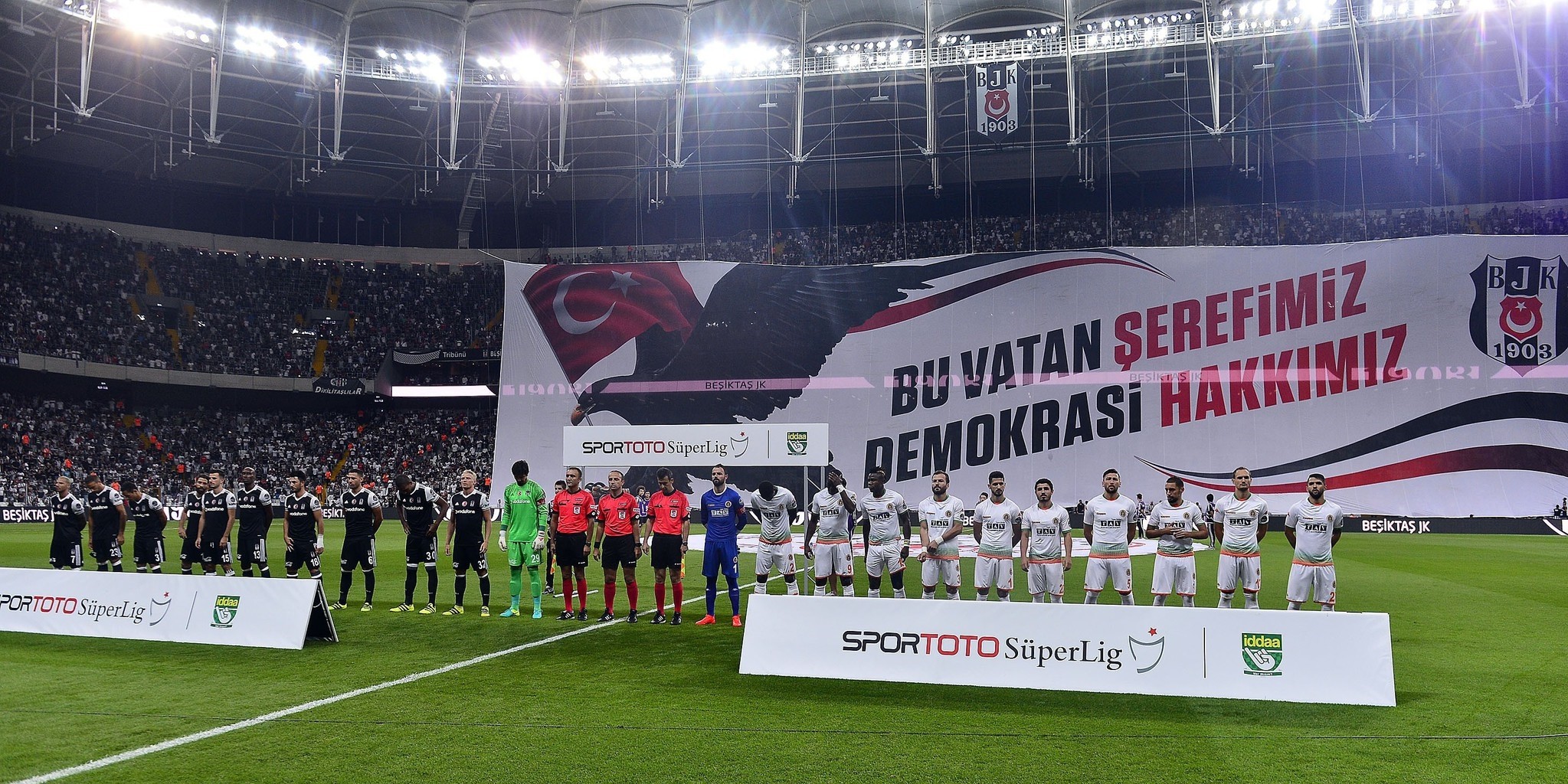 The fans of Turkish football club, Beşiktaş, protested the July 15 failed coup attempt, opening a huge banner denouncing the Gülenist putschists at the team's match against Alanyaspor on Saturday night.

The club's supporters displayed an impressive banner that reads "Bu vatan şerefimiz, demokrasi hakkımız", which can be translated as "This land is our honor, democracy is our right".

The banner also gives a reference to Şeref Bey, the founder of the club's football branch, and Hakkı Yeten, former captain, manager and honorary president of the club.

The fans of major Turkish football clubs, known for their frequent involvement in politics, have poured into the streets of Turkey and joined the protests against the Gülenist coup attempt.

On July 15, a Gülenist faction within the Turkish military, led by the U.S.-based figure Fetullah Gülen, attempted a deadly coup which killed more than 240 people and injured nearly 2,200 others.