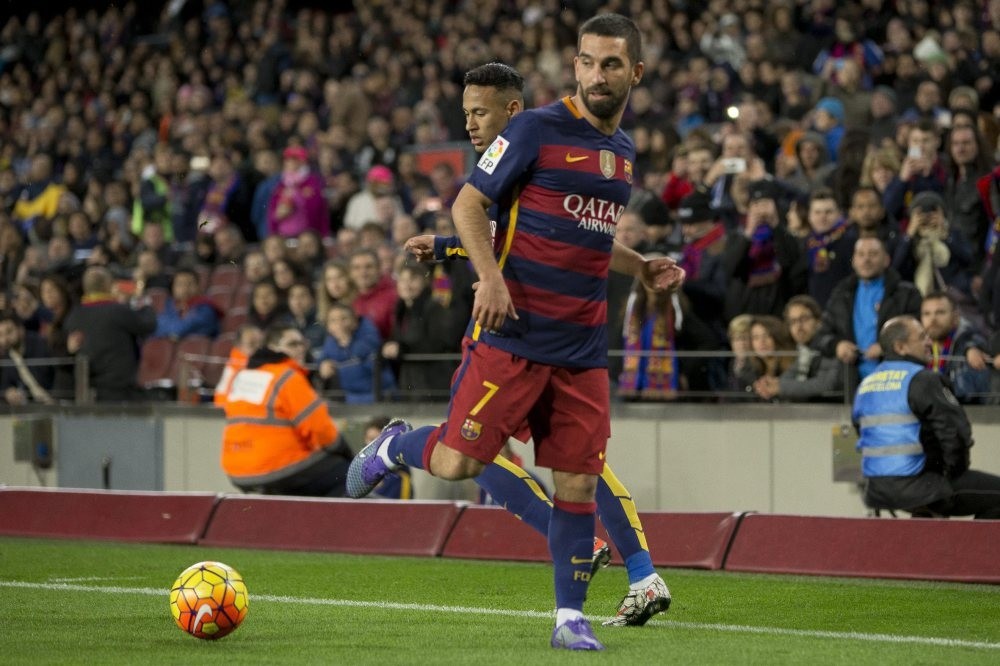 by Hakan Baş Aug 24, 2016 12:00 am
Neymar, fresh from winning a gold medal with Brazil in the Rio 2016 Olympics, has received a message from his club Barcelona saying "No need to return [from Rio] immediately." The Brazilian star was expected to come back to Barcelona right away after the Olympics but surprisingly the Catalan powerhouse told him to take his time. According to some Spanish sports columnists, the reason behind this is Arda Turan's incredible performance in Neymar's absence in the last two matches.

Turan was assigned an attacking role in the last two matches and he endeared himself to the fans with his superb goals and assists. Turan's role once Neymar's returns has been a topic of discussion. Turan will likely have to revert to his central midfield role, one he played in last season and largely disappointed in. Barcelona's technical management will have to take into consideration Turan's good form during Neymar's absence. Due to the Brazilian star's intense schedule during the Rio Olympics, Barcelona have urged him to get some rest. Neymar was expected to return to La Liga action against Alaves on Sept. 10. However, Barca coach Louis Enrique is unlikely to play the Brazilian icon against Alaves, according to Spanish football columnists. Spanish sports daily Marca wrote, "Without question, one of the biggest pluses from Barcelona's pre-season has been the re-emergence of Arda Turan, who has gone from being a possibly dispensable member of the squad to the player who Luis Enrique will turn to in Neymar's absence.

"His delightful chested assist for Luis Suarez in the first leg of the Supercopa de Espana was a step in the right direction, but his superb brace in the second leg was the moment the Turkish midfielder really signaled his return to form. Both performances were somewhere near the level that Barcelona had hoped for when they prised Turan away from Atletico Madrid, and a vast improvement on those since the 29-year-old made his debut in January. Perhaps the key to this upturn in form aside from becoming more familiar with his teammates is Turan operating on the left of the attack with far less defensive responsibility than had been asked of him previously. Certainly Luis Enrique having such an able foil for Neymar, one who appears to share an excellent chemistry with Lionel Messi and Luis Suarez, is a huge bonus."
RELATED TOPICS