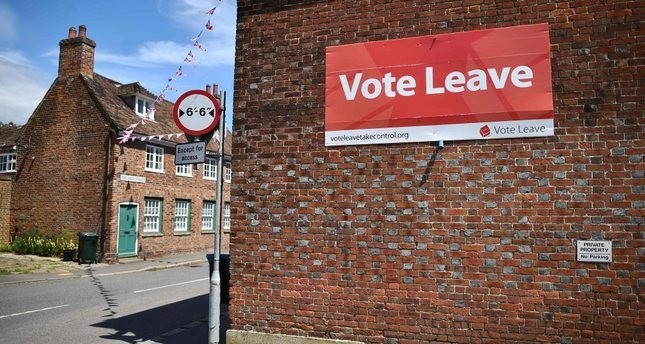 The English Football Association fears that Britain's exit from the European Union will make it harder to win bids to host major tournaments.

Although only half of the 55 members of European football's governing body are in the EU, FA chairman Greg Clarke is concerned that England might find it tougher to build alliances as a result of the Brexit vote.

Clarke said he was mulling "what Brexit does to our chances of a future tournament" as he flew back from England's first qualifier for the 2018 World Cup in Slovakia on Sunday.

"Can we count on EU support or will they vote for EU nations (for tournaments) in the future? I don't know the answer to that, but we have to get to the bottom of that," Clarke said.

"We have to build relations directly within UEFA now and not rely on the support of the EU nations because they might say we've got an EU member who wants it this year. So it's doubly important to have really strong relationships in UEFA and FIFA and I'm going to be working hard at that."

The FA might have to "slightly change our tactics for getting a tournament," Clarke said.

"It might be jointly hosted with an EU member," he added of a potential bid. "We are thinking about those things."

Clarke was speaking at an event hosted by football anti-discrimination group Kick It Out , whose chairman Herman Ouseley spoke out about discriminatory incidents in Britain since the divisive EU referendum in June when 52 percent voted to leave the 28-nation bloc.

The more immediate impact of Brexit, once Britain formally triggers the two-year countdown to leave the EU, will be how any new visa and immigration system affects the flow of foreign players into the English Premier League.

"We know what the threats and what the opportunities are," Clarke said. "We will move to engage our partners in Europe and the government and the agencies and others to make the best of it for English football."