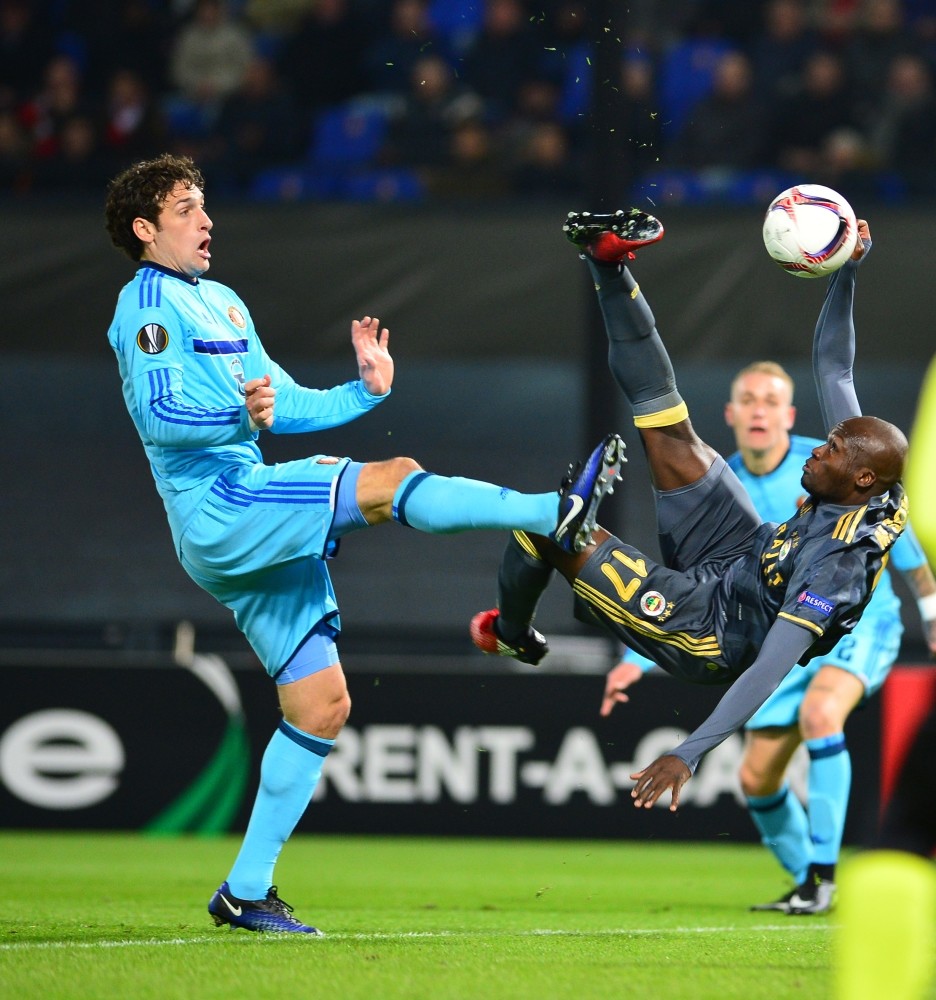 Turkey strengthened its standing in the UEFA Europa League with three teams competing in the knockout stage for the first time. Beşiktaş, Osmanlıspor, named after the Ottomans, and Fener's Yellow Canaries now await Monday's draw to cement their domination in the tournament

For the first time, a trio of Turkish teams will compete in the UEFA Europa League, which is second only to the Champions League among Europe-based football events. Beşiktaş, relegated to the tournament after a disastrous defeat to Dynamo Kiev, join underdog Osmanlıspor, affectionately known as the "Ottomans" among its fans, and Fenerbahçe's Yellow Canaries. Turkey has managed to get two teams at most at the same time in the competition before.

The three teams that will compete in the last 32, now await Monday's draw for the next round, counting on matching with weaker rivals, from Belgium's Gent to Legia Warsaw and Bulgaria's Ludogorets.

Fenerbahçe and Osmanlıspor emerged as leaders of their groups after Thursday's games where they beat Feyenoord and Zurich respectively. Atiker Konyaspor, another Turkish hopeful, bade farewell to the competition earlier after a 4-0 defeat to Ukraine's Shakhtar Donetsk last week.

The narrow 1-0 win in the Netherlands placed Fenerbahçe on top of Group A with 13 points after the final group matches.

The match's only goal came in the 22nd minute when Senegalese forward Moussa Sow put the ball into the Feyenoord net with an overhead kick.

The loss eliminates Feyenoord from the Europa League with seven points and a third place finish in Group A.In the meantime, Fenerbahçe's Dutch star Robin van Persie returned home as a rival.

Fenerbahçe had four wins, one draw and one defeat in Group A where it competed against Feyenoord, Manchester United and Ukraine's Zorya Luhansk.

Osmanlıspor, a dark horse with no experience in international tournaments, edged out Zurich in a home game in the capital Ankara late Thursday. Midfielders Dzon Delarge and Erdal Kılıçaslan netted two goals for the Ankara side that finished the group games with 10 points, ahead of Spain's Villareal that secured the second spot after a 2-1 win against Romania's Steaua Bucharest. A first-timer in Europa League, Osmanlıspor grabbed three wins and one draw while it was defeated twice in its Group L.

Atiker Konyaspor, another newcomer to the tournament, ended its venture into the international tournament with one draw and five defeats against the likes of Shakhtar Donetsk, Gent and Portuguese side Braga.

Beşiktaş had high hopes for the UEFA Champions League but a 6-0 defeat to Dynamo Kiev earlier this week due to a lackluster performance of players and "scandalous" decisions of the referee, upset its chances in its group it concluded in the third spot.