Wembley Stadium in red after PKK terror attacks in Istanbul 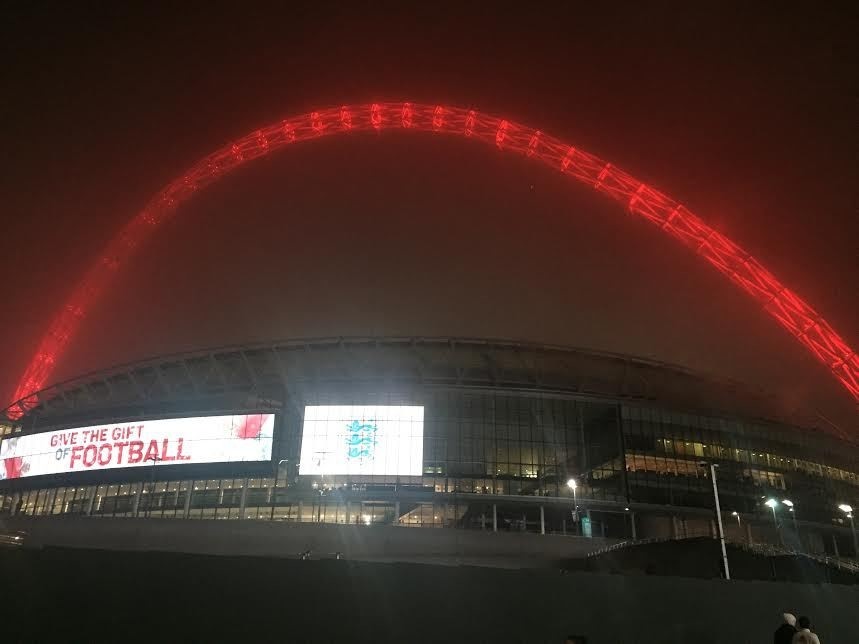 The arch at Wembley Stadium was illuminated in the colors of the Turkish flag Sunday to show solidarity with Turkey in the wake of a deadly terror attack in Istanbul on Saturday night.

"Wembley's arch is red tonight as a mark of respect and sympathy following the attacks outside Besiktas' stadium in Turkey yesterday," the English Football Association said on its official Twitter account.

Istanbul was rocked by twin blasts Saturday night. Here is what we know so far about the terror attacks.

Two bombs exploded in a terrorist attack in central Istanbul, close to Maçka Park. One of the explosions was due to a suicide bomber and the other was a car packed with explosives.

The attacks left 38 people dead and 155 wounded. 14 of the wounded are currently under intensive care.

Intelligence sources indicated that the suicide bomber was from a PYD-controlled area in Northern Syria. The PYD is the Syrian branch of the PKK terrorist group.