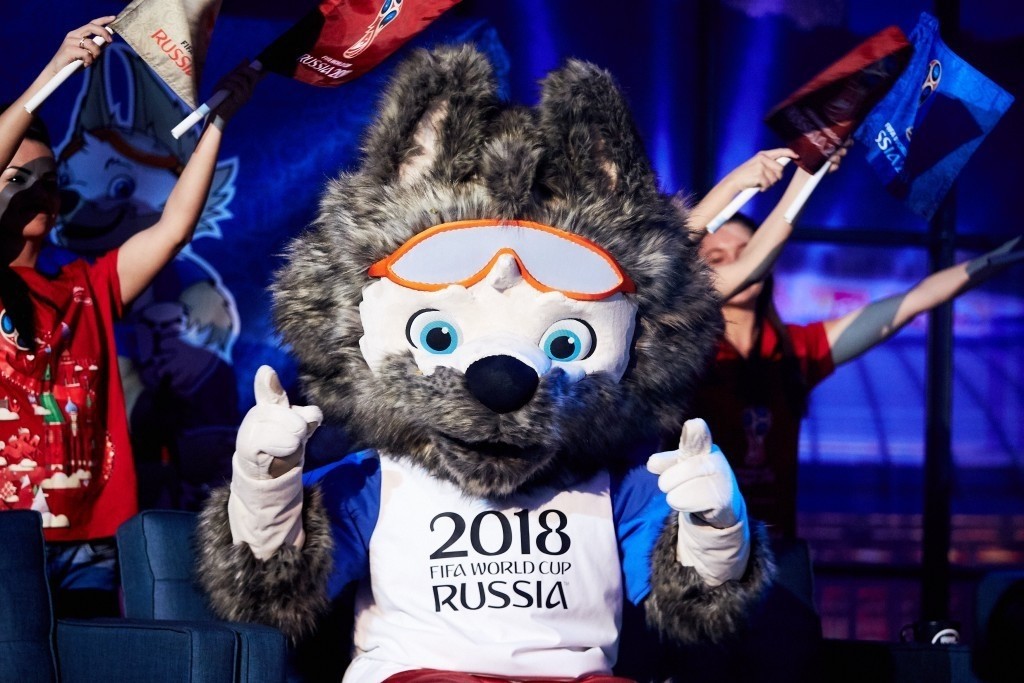 With the 2018 World Cup less than two years away, Russia is working round the clock to organize the mega event. The tournament's flagship stadiums are nearly complete, while the organizers say transport will be easy for fans thanks to 120 new routes. Along with safe zones, fans will have free access to touristic areas

As in previous years, the Moscow municipal government gathered journalists from all over the world for an international media forum called "It's Time for Moscow."

The event took place in Moscow from Dec. 7-10, with journalists from various countries participating, the only Turkish journalist, myself, was in attendance. The warming relations between Turkey and Russia after the political crisis following the Nov. 24 downing of a Russian fighter jet in Hatay, close to the Syrian border, manifested itself upon our arrival at the Vnukovo Airport on Wednesday. That is because unlike last year, Turkish citizens are now able to easily gain admission to Moscow. 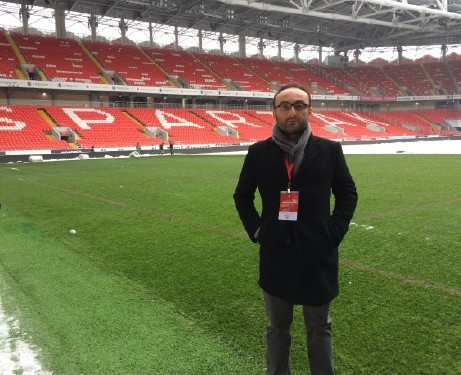 As for the main theme of our visit, Russian organizers are working day and night on the organization for the 2018 World Cup, putting the final touches on infrastructure in four host cities - Moscow, Saint Petersburg, Kazan and Sochi.

Minister Cheryomin emphasized that the 2018 World Cup will be the first World Cup to be organized in two continents, both in Asia and Europe. He said the opening and final matches will be played at the Luszhniki Stadium in Moscow. 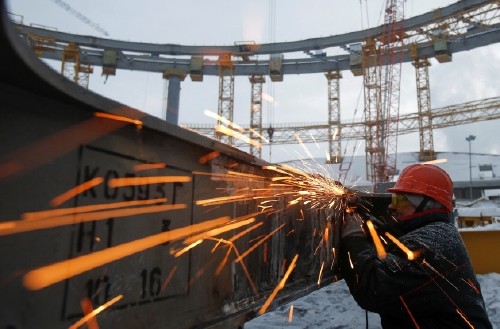 A labourer works at the Yekaterinburg Arena stadium under construction, that will host 2018 FIFA World Cup matches, in Yekaterinburg.

Work to rebuild the Luzhniki Stadium for the 2018 World Cup began in 2013. One of the crucial aspects of the project is preserving the historical facade of the stadium, which has become one of Moscow's true landmarks. The Luzhniki Stadium's capacity will be increased from 78,000 to 81,000. It will retain its status as the country's leading football stadium, and will host the Russian national team's matches. In the new Luzhniki stadium there will be a swimming pool, a tennis school, an artistic gymnastics center, a universal sports hall, an academy of figure skating and a sports hotel.

"All preparations will be completed soon. We are especially aiming for the comfort and safety of the fans. For this purpose, we are establishing 120 new routes for fan transportation to avoid traffic jams. Fans will be able to arrive easily at the Luznhniki Stadium with new metro and bus routes. In addition, the fans will have free access to touristic areas,"

Also, tourist buses will be added and call centers will service fans in five different languages. After the World Cup there will be international fairs.

"They have an agreement with FIFA for events and conferences," Cheryomin said.

Cheryomin stated, while adding, "Moscow's budget is around $40 billion. We have completed 400 kilometers of new roads and metro lines. We will build 170 new main transportation routes. Around 8-10 million passengers will use these lines. The total project cost is $17.8 billion."

The 2018 World Cup will be a good opportunity to promote Moscow's tourism. The Moscow government is building touristic and recreational facilities along the Moscow River on an area of over 130,000 square meters. The area will be visited by 12 million peoples annually and the government plans on naming it, "The Island of Dreams."

Meanwhile, Russia's Department of National Policy and Interregional Relations head Alexey Konyushkov said, "If I was a foreigner. I would definitely go to Moscow. For the World Cup fans, the city pass program will be put in action. So the fans will not wait in long lines. Also they will enjoy free admission to touristic places."

Foreign investors in Russia also gave information about the projects and explained their vision. One of them was Sinan Köseoglu, the general manager of the Marriott Moscow Grand.

"What's important is not the image. Moscow has to promote itself worldwide. Russia is a business friendly and safe country. With a big event like the World Cup, Russia will be able to show its potential. The hotel business is the best way to show this potential. Russia should assign volunteers for a World Cup organization for helping fans from around the world. I can say that the Russian government is very serious about this event," Köseoğlu said.

Last month President Vladimir Putin assured that all the stadiums would be built within the deadline and with good quality. Furthermore, the government announced that the new stadiums being built in Nizhny Novgorod and Volgograd are set to be completed by Dec. 2017.
Last Update: Dec 14, 2016 2:47 pm
RELATED TOPICS