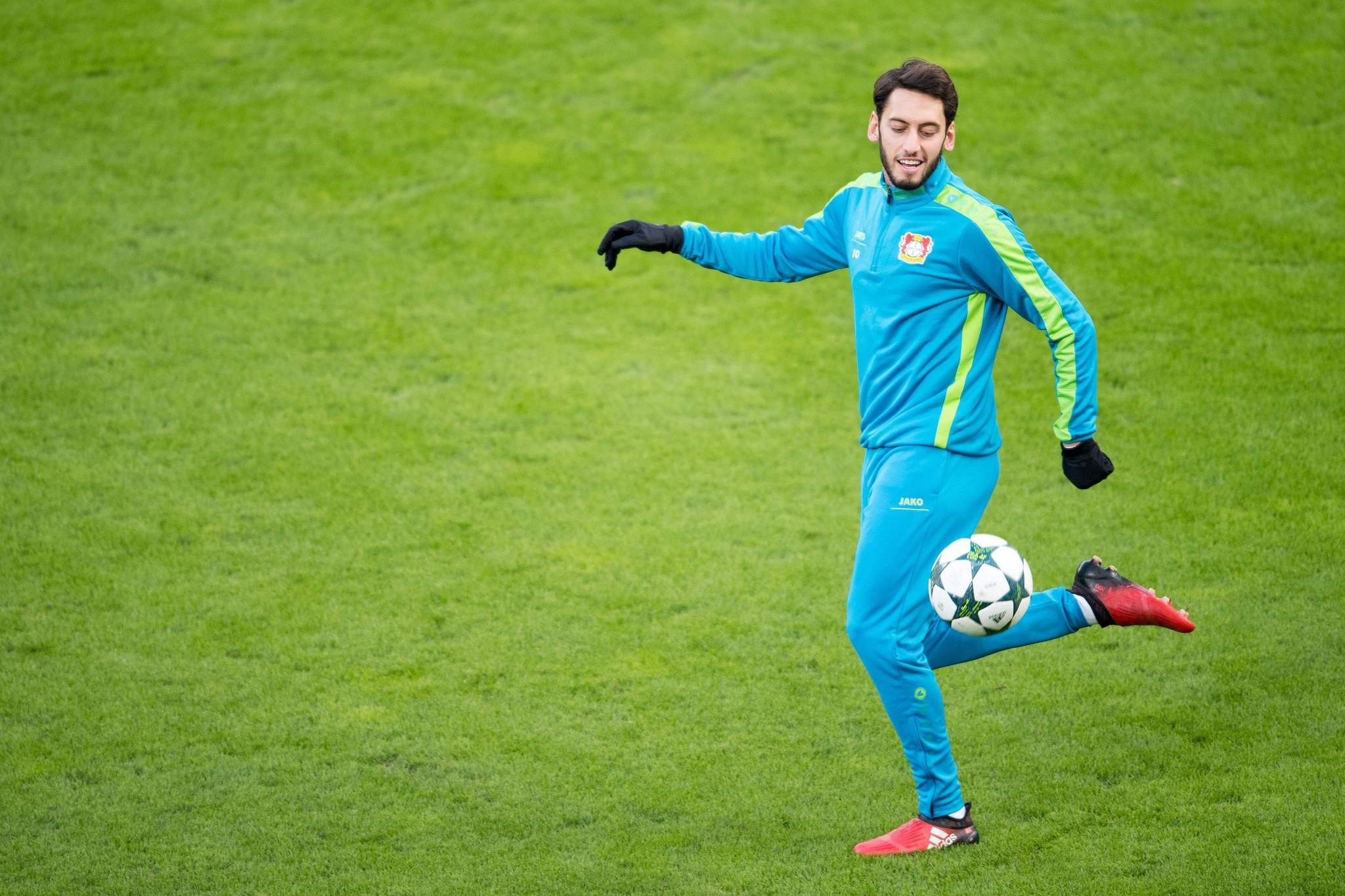 Leverkusen's midfielder Hakan Calhanoglu takes part in a training session on the eve of the UEFA Champions League football. (AFP Photo)
by Daily Sabah with Agencies Feb 02, 2017 12:00 am

Bayer Leverkusen midfielder Hakan Çalhanoğlu will not be able to play for the rest of the season as FIFA has imposed a four-month ban on him for breaching his contract with Turkish club Trabzonspor.

The Court of Arbitration for Sport (CAS) also ruled Thursday for the 22-year-old Turkey international to pay 100,000 euros ($108,000) in compensation to Trabzonspor, which he agreed to sign for in 2012.

CAS said the FIFA ban, which was frozen pending the appeal verdict, "is reinstated with immediate effect."

Çalhanoğlu will miss Leverkusen's Champions League matches against Atletico Madrid and the rest of the Bundesliga season. He is also suspended from Turkey's World Cup qualifying match at home against Finland on March 24.

"It's a heavy blow for Hakan, but also for us," Leverkusen sporting director Rudi Voeller said in a statement. "Although Bayer Leverkusen had nothing to do with the events in 2011, we are now being heavily punished. Now we're missing a very important player during a decisive part of the season."

Leverkusen was not involved in Çalhanoğlu's breach, which came when he extended his contract with Karlsruhe in 2011.

"We obviously regret this decision, which we cannot follow in any way," Voeller said.

Çalhanoğlu was a youth player at Karlsruhe when he was paid 100,000 euros after agreeing to sign for Trabzonspor in the future.

The Turkish club lodged its complaint with FIFA in April 2013. Çalhanoğlu has also played for Hamburger SV since he left Karlsruhe.

Both Çalhanoğlu and Trabzonspor challenged FIFA's judgment in the case, and CAS said the club's appeal was only partially upheld.

"The club sought the return of a 100,000 euros advance that it had made to the player as well as compensation of 1 million euros ($1.08 million)," the court said.