Fenerbahçe miss chance to catch up as Beşiktaş lose 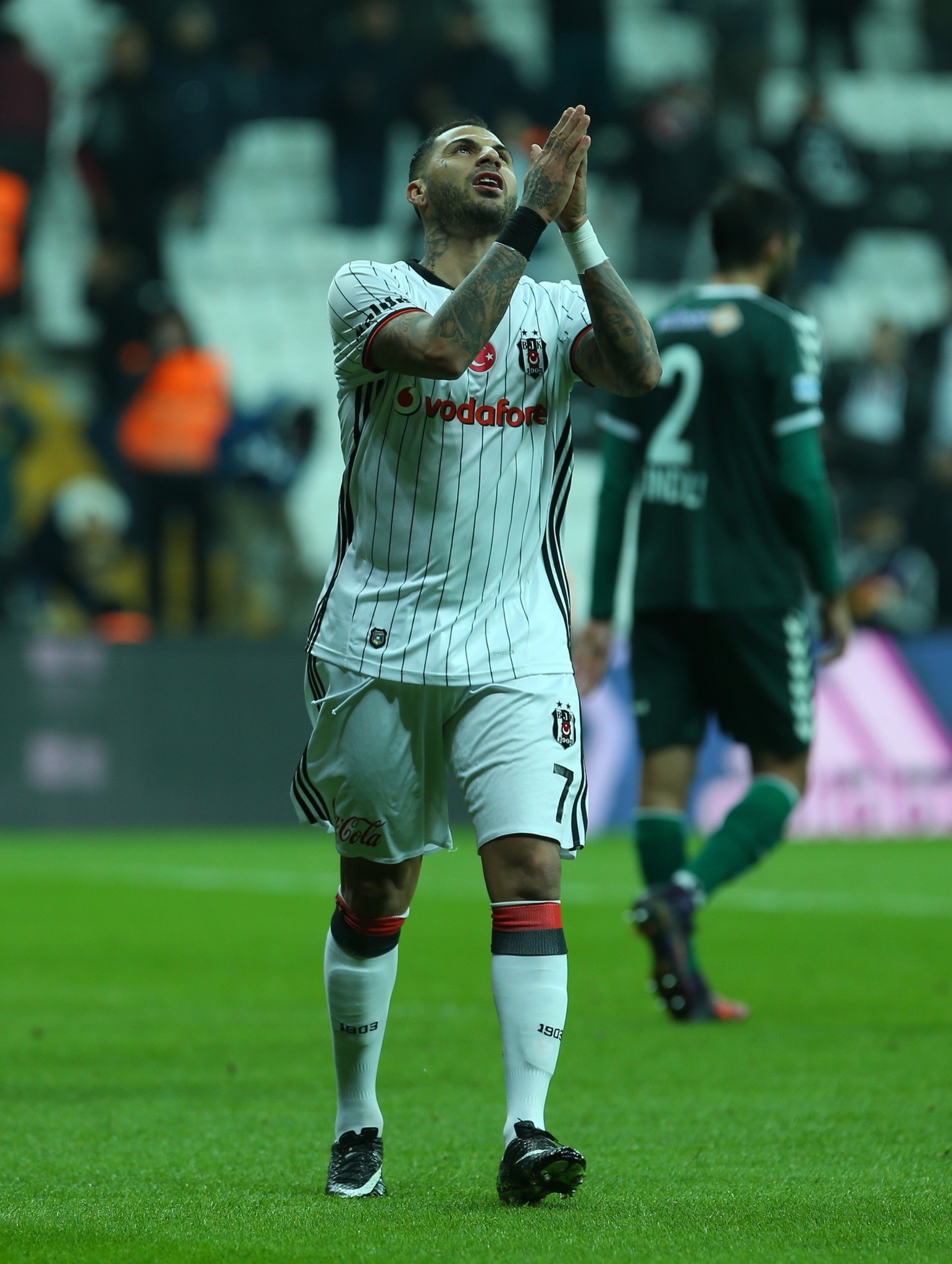 While the Yellow Canaries have registered their third worst Super League performance in the last 26 years, they have also missed a crucial opportunity to reduce the point deficit with leaders Beşiktaş, who also lost this week

Week 20 in the Spor Toto Super League saw surprise results as powerhouses Beşiktaş and Fenerbahçe both dropped points. Currently sitting at the top, title holders Beşiktaş were stunned by Anatolian minnows Kardemir Karabükspor 2-1 in Karabük on Friday. Despite the result, Beşiktaş managed to stay on top with 44 points.

Fourth-ranked Fenerbahçe were full of hope coming into week 20 on Saturday, with a win meaning the point deficit with the league leaders Beşiktaş would have closed to just six points. And although Fenerbahçe, who has 35 points, found a goal through Moussa Sow from a penalty in the 20th minute, they were left devastated thanks to a penalty goal from Bursapor.

After the tense match against Beşiktaş last week, Fenerbahçe was ecstatic with a 1-0 win against their archrivals. But the Yellow Canaries could not keep the momentum going, losing again to the minnows despite their record of overcoming the traditional powerhouses.

Entering the 21st week of the Super League, Fenerbahçe are enduring their third worst season in 26 years. The club has given away five points in the last two weeks and has only managed to eke out 10 wins in their last 20 matches. They lost four and drew six in the 10 other matches.

Their current record is the third worst performance by the Yellow Canaries since 1991. The worst performance the team displayed before this belonged to former coach Aykut Kocaman's squad with 31 points in 20 matches in the 2012-2013 season.

In the 1999-2000 season Fenerbahçe began the season under coach Rıdvan Dilmen's supervision but after he resigned following poor results, the club gave the top job to Czech coach Zdenek Zeman. However, Fenerbahçe were not able to find what they were hoping for from the Czech coach and the team were only able to manage 36 points in 20 weeks and ranked fourth at the end of that season. They finished the first the 20 matches with 33 points in the 1991-1992 season.

Fenerbahçe coach Dick Advocaat has disappointed fans with his performance this year. Advocaat got the job following the dismissal of his Portuguese predecessor Vitor Pereira, who was fired last season. The experienced Dutch coach has only been able to collect 36 points while Pereira had collected 46 points by this time last season and Fenerbahçe, under Pereira's supervision, were in second place.

"Considering the match was in our hands and they were able to score after a penalty was awarded against us, the championship title is impossible for us now. We played well but our rivals were awarded a false penalty. It was not a penalty and no one seems to know what a penalty is, I guess. If the arm of a player adhered to his body what was he supposed to do," Advocaat said, after the devastating loss.

Advocaat has not enjoyed the taste of a league title in the last 10 years of his career. The 69-year-old Dutchman, who trained important teams like PSV, the Rangers, Borussia Mönchengladbach, Zenit, AZ Alkmaar and Sunderland, has won only four championship titles in his 37-year career. He enjoyed championship titles with Glasgow Rangers in the 1998-1999 and 1999-2000 seasons and with PSV Eindhoven in 1996-1997. His last title was in 2007 with Russian club Zenit.

Fenerbahçe also suffered their worst start to a season ever this year, only managing one point in the first three weeks. Along with the lost points, Fenerbahçe players Alper Potuk and Jeremain Lens were suspended due to yellow cards.
RELATED TOPICS