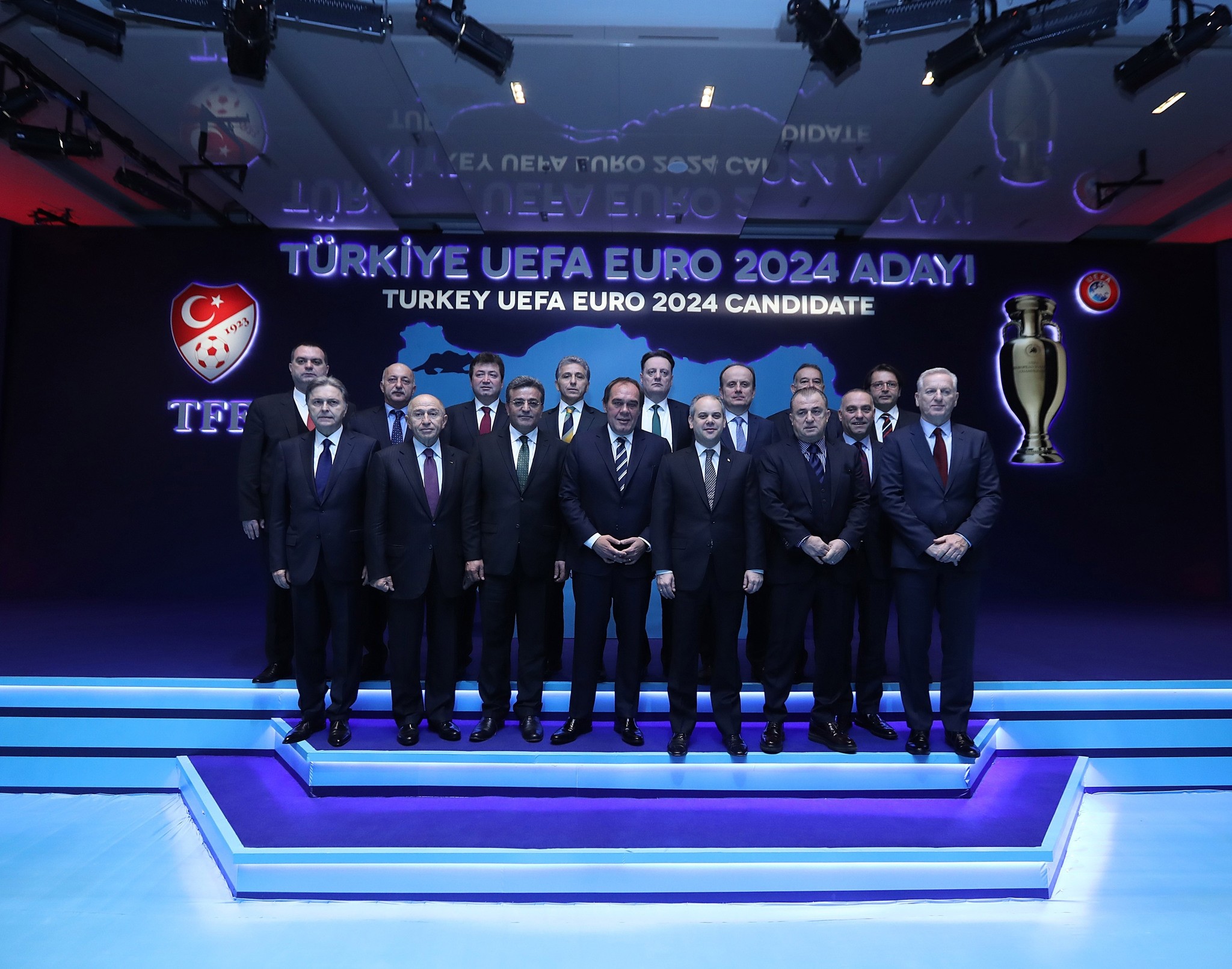 Turkey's football authorities confirmed yesterday the country was bidding to host the Euro 2024 football tournament, which would be the biggest sporting event it has ever held.

In 2014 Turkey withdrew its bid to host the final stage matches of Euro 2020 - which uniquely will be held across Europe - in favor of focusing on a one country bid for 2024.

The bid was announced at the headquarters of the Turkish Football Federation (TFF) in Istanbul by Sports Minister Akif Çağatay Kılıç and TFF chief Yıldırım Demirören.

Demirören said the bid would be formally presented to UEFA on March 2, just before the deadline for candidates.

"I hope the outcome will bring something beautiful for our country," said Kılıç, emphasizing the bid had been approved by President Recep Tayyip Erdoğan.

"In the last few years, Turkey has made a great step forward in terms of stadiums," he added. "Turkey is able to organize anything on a world sporting level," he said, adding that the country was "number one" in having more stadia than Europe. Kılıç said that Turkey's place and significance in international sports community elevated.

The Turkish authorities were bitterly disappointed that Istanbul lost out to Tokyo in the race to host the 2020 Olympics and believe the country now has the infrastructure in place to host an event of this magnitude.

Turkey had also lost out narrowly - and in controversial circumstances - to France in the bidding to host the 2016 Euro competition.

In the 2024 race, Turkey will face competition from 2006 World Cup hosts Germany - which has already confirmed its interest - as well as possibly a joint bid from Scandinavian nations.

The country has seen in the last years a massive overhaul of its infrastructure in projects spearheaded by Erdoğan as he seeks to make Turkey a top 10 global economy.