Beşiktaş on a high ahead of crucial derby 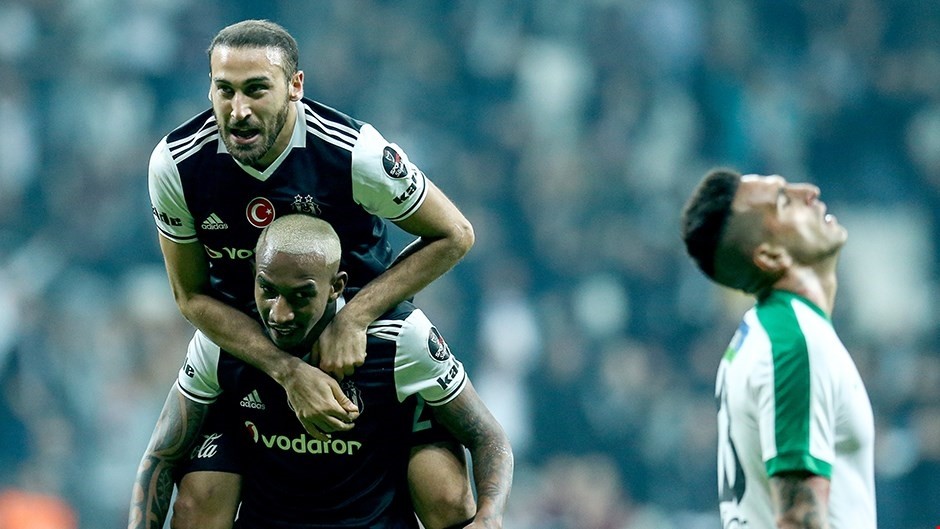 Beşiktaş have had a great week as they extended their lead at the top while all the other clubs in the top four dropped points. The Black Eagles will be pumped up for next week's crunch derby against Galatasaray

Action in week 21 of the Turkish Super League saw top teams Galatasaray, Başakşehir and Fenerbahçe all lose precious points, while table-toppers Beşiktaş compensated for their loss last week against Karabükspor, with a stunning 3-1 victory over Akhisar Belediyespor.

The Black Eagles responded superbly to a humiliating defeat the week before and secured a 3-1 away win against Hapoel Beer-Sheva in the UEFA Europa League. With that, the team has been riding on a high wave of success and they registered another 3-1 victory over Akhisar Belediyespor in the Turkish league.

The Super League victory took the Black Eagles four points clear of second placed Medipol Başakşehirspor and will act as a big boost for the holders, as they get ready trample into archrival Galatasaray's territory next week for a much-anticipated derby match.

Beşiktaş will be banking on their forward Cenk Tosun, who has been phenomenal this season. Tosun has scored a goal in Beşiktaş's last two games, taking his season tally to 18 in all competitions.

Their forward line featuring Tosun, Anderson Talisca, Ricardo Quaresma and Ryan Babel have been unstoppable of late and unless the Istanbul giants suffer an injury crisis, it will be a very difficult job for anyone to stop their march toward a second consecutive league title.

The Eagles, bagging the most number of home and away wins, have seemingly developed a love for the summit this season. With the club and their striker Cenk Tosun firmly seated in the top scorer's spot, Beşiktaş look certain to extend their 34-week stay on top of the table, over the last two seasons (55 weeks), even further.

Their archrivals Galatasaray and Fenerbahçe, on the other hand, have apparently forgotten what it feels like to be league leaders. Despite being the two most celebrated teams in Turkey's history, both Fenerbahçe and Galatasaray have limped in the last two seasons' title race.

Fenerbahçe managed to stay at the top for only four weeks, while the Lions could only survive a week. And to make matters worse, both teams' title bids have suffered terribly in recent weeks. Galatasaray have lost five points in their last three matches and Fenerbahçe have lost seven points.

Third-placed Galatasaray had a pretty turbulent week which saw their Jan Olde Riekerink replaced by former Juventus star Igor Tudor. The Croatian manager made a few surprising decisions going into the Çaykur Rizespor match. Star winger Bruma was dropped from the squad but the risk apparently did not pay off as the Lions could only salvage a 1-1 draw.

Tudor's first game in charge of Galatasaray was played on a snow-covered pitch and considering his Juventus link, it brought back Champions League group stages memories from 2013-2014.

Meanwhile, Fenerbahçe's week went from bad to worse over the course of seven days. Just a few days after losing to Krasnador in the Europa League, the Yellow Canaries were held to a goalless draw by Kasımpaşa, in the mini Istanbul derby.

Başakşehir, who have been scoring goals for fun, brought in some additional firepower with the transfer of Emmanuel Adebayor. However, the Togolese striker is yet to rediscover his goal scoring talent.
RELATED TOPICS