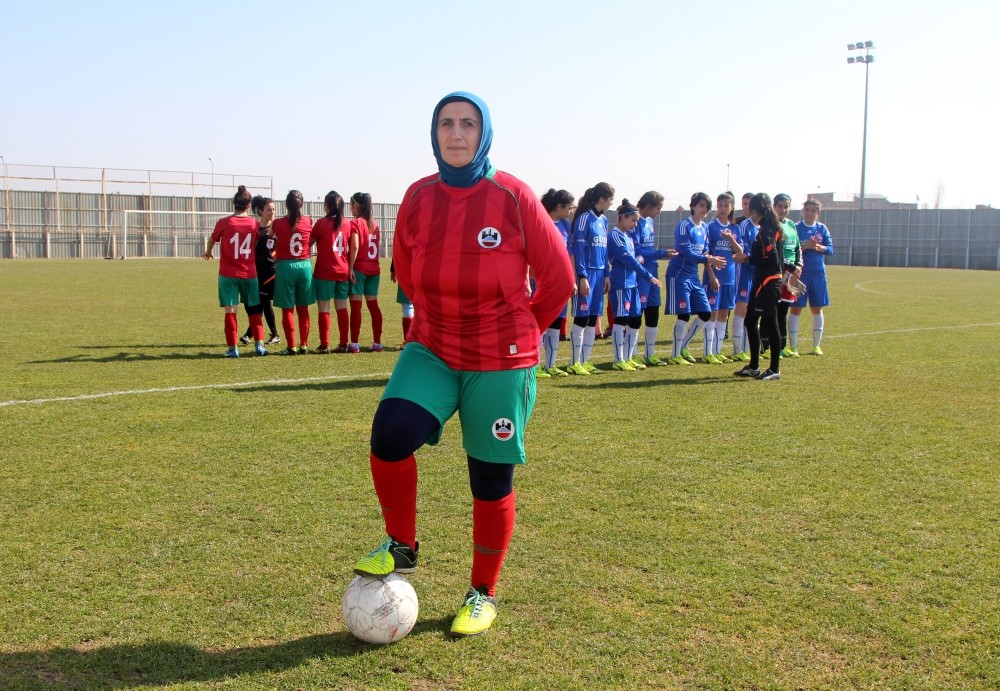 Ay signed a contract with the club and took the field in a match against Ergani Anadolu u0130mam Hatip Lisesi.
by Anadolu Agency
Feb 28, 2017 12:00 am
Azize Ay, a female footballer from southeastern Turkey's Diyarbakır, broke new ground after she became a licensed professional footballer for Diyarbekirspor at the age of 49. Diyarbekirspor, who are competing in the eighth group in the third tier Women's league, gave Azize Ay the opportunity to play, due to her love for the sport.

After getting her pro-license, Ay signed a contract with the club and took the field in a match against Ergani Anadolu İmam Hatip Lisesi on Saturday, where Diyarbekirspor won the match 2-0. Ay, after an outstanding performance, received a standing ovation from the crowd.

Talking to Anatolian Agency, she said, "I have been playing football since I was six. But, my family did not take kindly to my interest. That's why I used to play secretly."

An avid Fenerbahçe fan, Ay said, "When I first met my husband, he told me that he was a Fenerbahçe fan. But, after we got married, I understood that he had lied and was actually a Galatasaray fan. I was very upset. I have been married for eight years and my husband has always supported me. I grew up like a boy. In my life, football has always been very important and Diyarbekirspor realized my dream."

Inviting women to play football, Ay said, "I took to the field for the first time in my life. I am very happy and excited. I have never given up and I won't. I feel like I'm 17. My aim is to meet Fenerbahçe Chairman Aziz Yıldırım someday."