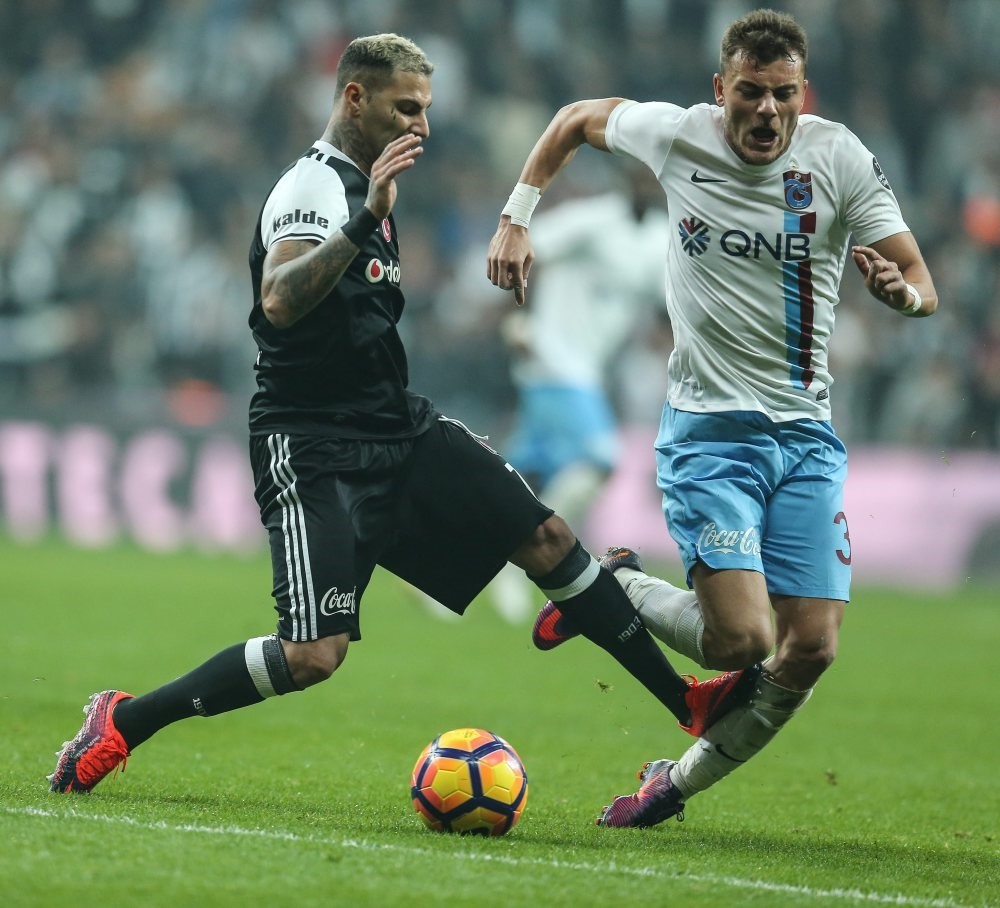 In a difficult away match, Beşiktaş will try to maintain their sizable lead in the Spor Toto Super League over their nearest rivals Medipol Başakşehir, who will host the powerful title-chaser Galatasaray

The most important game of the season, so far, takes place this weekend in the Spor Toto Super League as league leaders Beşiktaş have the chance to put a hand on the league trophy.

The leaders, who have 58 points, will be hosted by the most successful team of the second half of the season, Trabzonspor, at the Şenol Güneş Stadium.

Despite disappointing in the first half of the season, Trabzonspor have performed incredibly in the second half and they have yet to be beaten in 2017.

The Black Sea team has risen to fifth place in the standings with 44 points and eye to catch up to fourth-placed rivals Fenerbahçe, who have 47 points, in the hope of qualifying for Europe.

Trabzonspor have won nine and drawn three of their 12 matches they have played since their new squad got together. They have collected 26 points in the 10 matches of the second half and surpassed the leaders Beşiktaş who also collected a sizable 23 points in the same period.

Meanwhile, Olcay Şahan who was transferred from Beşiktaş for 200,000 euros ($212,710) to Trabzonspor will play against his former team for the first time today.

Beşiktaş coach Şenol Güneş, who Trabzonspor's stadium is named after, will have mixed feelings no doubt. The coach hails from Trabzonspor and was a dedicated club man for decades.

Güneş is reportedly still undecided over which lineup he will put out against Trabzonspor. He has to decide between Cenk Tosun, whose performances have been superb in the last few matches, and Vincent Aboubakar.

The Beşiktaş coach is having difficulty choosing because both scorers are in superb form. Cenk Tosun has been especially deadly in Europe for Beşiktaş and when representing Turkey internationally.

On being asked what the secret to his success in recent matches is, Tosun said, "I work hard. Nothing is achieved without working hard. I have been making progress in my three years at Beşiktaş. My coach has put in a lot of effort to ensure my progress. Although I was benched, I learned a lot from both star scorers Demba Ba and Mario Gomez last season."

Cenk Tosun is the top scorer in the Spor Toto Super League with 16 goals.

Aboubakar on the other hand has been playing well and wants to make amends for the slew of criticism he has been receiving as of late by scoring against Trabzonspor. The 25-year-old footballer has scored six goals in 19 league matches for Beşiktaş.

Moreover, Güneş is not thinking about dropping Demba Ba from the starting lineup, according to sources close to the club.

Elsewhere runners-up Medipol Başakşehir are chasing Beşiktaş although they are behind five points after their draw last week. However, Başakşehir will have their hands full as they host rivals Galatasaray, who are sitting in third with 49 points.

Başakşehir, who are in second with 53 points, eye to catch up with Beşiktaş and increase the point margin over Galatasaray and Fenerbahçe, both of whom are their possible rivals in qualifying for Europe.

Meanwhile, Fenerbahçe will host Akhisar Belediyespor on Sunday, hoping their rivals lose points, as they make a push to advance their standings.
RELATED TOPICS