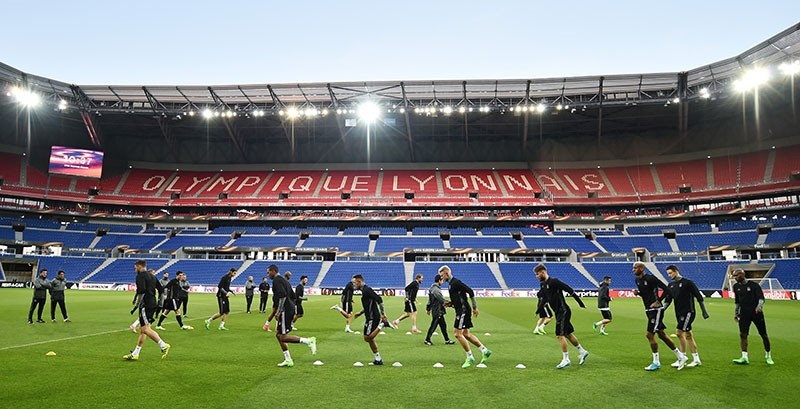 The only domestic champions left in the UEFA Europa League this season, Beşiktaş look to return to Turkey with the advantage as they are hosted by French rivals Lyon tonight

The Black Eagles, who are enjoying the lead in Turkey's domestic league with a five-point advantage over their nearest rivals in the standings, will now carry their form into Europe. They will be hosted by French powerhouses Lyon today at 9:05 p.m. local time in the UEFA Europa League in the first leg of the quarter-finals.

Olympique Lyonnais have been scoring at a rate of four goals a game since entering the UEFA Europa League in the round of 32, making them daunting opponents for Beşiktaş. Having eliminated Roma in the round of 16, Lyon will look to take another famous scalp as they welcome Beşiktaş, the French side having scored at a prodigious rate since entering the UEFA Europa League.

The teams are meeting for the first time in UEFA competition. Lyon's record in 10 games against Turkish teams is 5-1-4 (3-2 at home; 2-1-2 away). Lyon have not faced Turkish opposition since the 2004-05 UEFA Champions League group stage, when they beat Fenerbahçe 3-1 in Istanbul and 4-2 at home.

Beşiktaş are unbeaten at home against French sides (2-1-0) but have lost all three of their previous games in France. Most recently, they won 2-1 at home and lost 2-0 away to Marseille in the 2007-08 UEFA Champions League group stage.

Lyon were last in the quarter-finals in 2013-14 competition when they lost 3-1 on aggregate to Juventus (0-1 at home, 1-2 away). Lyon's last semi-final was in the 2009-10 UEFA Champions League campaign, where they were eliminated by Bayern München. No French team has won the UEFA Cup or UEFA Europa League.

Beşiktaş last reached a UEFA quarter-final in the 2002-03 UEFA Cup, losing to Lazio. They have never been in a semi-final. Beşiktaş's final goal against Olympiacos in the round of 16 second-leg was their 250th in UEFA competition. The Eagles are the only domestic champions left in the UEFA Europa League this season.Beşiktaş's Vincent Aboubakar and Lyon's Nicolas Nkoulou are international teammates with Cameroon. Aboubakar played in France's Ligue 1 from 2010 to 2015 with Valenciennes and Lorient. Also, Beşiktaş's Serbian defender Dusko Tosic also has Ligue 1 experience, having helped Sochaux win the 2006-07 French Cup in his only full season in France.

Bruno Genesio took charge at Lyon in December 2015, but his links to the club go back much further. A local boy, he joined Lyon as a trainee in 1983 and represented Lyon as a midfielder from 1985 to 1995. He later worked as a scout and was assistant coach from 2011 to 2015.

Beşiktaş coach Şenol Güneş famously guided Turkey to third place at the 2002 FIFA World Cup. A goalkeeper who spent the majority of his playing career at home-town club Trabzonspor, Güneş led Beşiktaş to the 2015-16 Turkish title in his first season in charge.
Last Update: Apr 13, 2017 10:09 am
RELATED TOPICS