Dortmund coach slams UEFA: Treated as if ‘beer can' thrown at bus 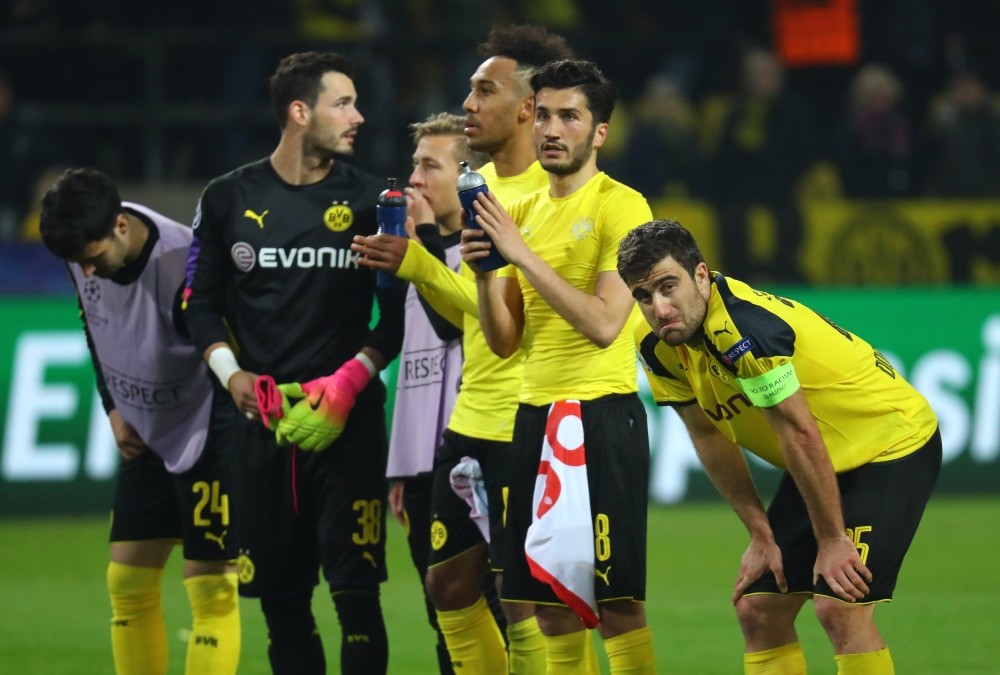 Dortmund's players react after losing 2-3 during the Champions League quarterfinal first leg match between Borussia Dortmund and AS Monaco in Dortmund.
by Compiled from Wire Services Apr 14, 2017 12:00 am

Teenager Kylian Mbappe struck twice as Monaco claimed victory at Signal Iduna Park, but Tuchel was furious at the way the incident was handled by UEFA.

The fixture was postponed from Tuesday after three explosions rocked the Dortmund team coach and left Spain international Marc Bartra with a broken wrist.

"We felt completely passed over, it came down to 'tomorrow, you're playing'," said Tuchel.

"We were told by text message. They treated it as if a beer can had been thrown at the bus.

"Ultimately, it was decided in Nyon in Switzerland whether or not to play the next day. It was a somewhat powerless feeling. Each player had the right to start with a somewhat queasy feeling."

Police ramped up security in the city as German investigators detained a suspect following the roadside blast.

"We would have liked to have had more time to work through it," added Tuchel.

"There are players who easily brushed it off, but there are also players who really took it to heart. They are more thoughtful."

Dortmund stars Nuri Şahin and Julian Weigl lauded the courage of their team-mates."We knew that it would not be easy to focus on football. Until kick-off, everything was all still in my head, but not football," said Turkey international midfielder Şahin.

"It was only when I came home yesterday and my wife and my son were standing at the door that I realised how lucky we were.

"I know that the football is very important, that it is about a lot and I knew we have to deliver here.

"We also know that we had to compete here. But one shouldn't forget that we are human beings. That was not nice today (Wednesday)."

Germany midfielder Weigl conceded the atmosphere had been particularly tense but understood the decision to go ahead with the game.

"Most of the guys slept as little as I did," said Weigl. "There is no golden way to deal with this because it was the first time for everyone.

"There was no other possibility (to play the game later). It was difficult for us, of course."

Monaco coach Leonardo Jardim stressed the tie was far from over while acknowledging the match would largely be remembered for the incidents that occurred in the build-up.

"What will stay in history is not the result but what happened last night. It was difficult to prepare for this match. Last night, the players called their families and friends and their concentration was low. But on the pitch, both sides gave great performances," said the Portuguese.
RELATED TOPICS