Beşiktaş Chairman: Nothing to fear for Lyon in Turkey 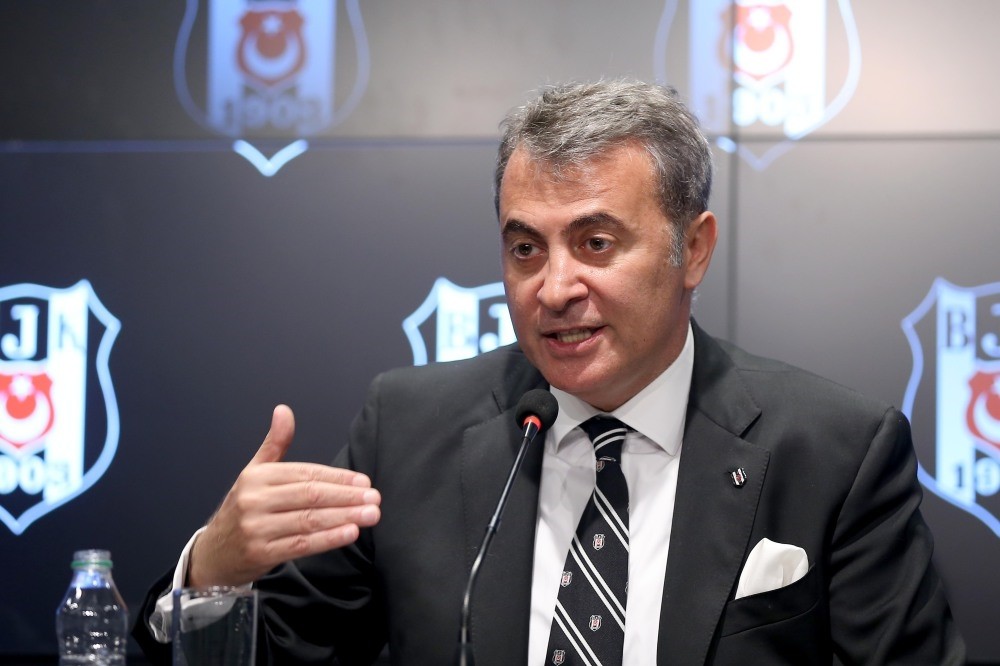 Beşiktaş chairman Fikret Orman reassured that Lyon had nothing to be scared of at Beşiktaş's stadium. "We will take pleasure hosting them here," Orman said, speaking ahead of Thursday's return leg of their Europa League quarter-final match

While it has been announced that Lyon fans will not come to the return-leg of their Europa League quarter-final in Istanbul next Thursday, Beşiktaş told France's Lyon that they had nothing to fear.

The first-leg match on Thursday in Lyon was scarred by violence and a pitch invasion, with European football's governing body UEFA opening an inquiry. Lyon president Jean-Michel Aulas expressed fear for the safety of his team and fans in Thursday's return-leg in Istanbul and raised the possibility of the tie being played behind closed doors.

But Beşiktaş chairman Fikret Orman said that Lyon had nothing to be scared of at Beşiktaş's waterside stadium on the shores of the Bosporus, distancing the club's fans from responsibility in the violence.

"Here is our home," he said at a club meeting inside the Vodafone Arena stadium. "Don't be afraid. We are everyone's defender, so come here and watch the match in a way that's really nice."

"We will take pleasure hosting them (Lyon) here," he added.

He implied it was outside forces rather than travelling Beşiktaş fans that had been behind the trouble.

"They are trying to put all the blame on us for misbehavior by the fans," he said, adding that the team would give the "necessary response," but on the pitch.

Lyon was hit with four charges by UEFA, including "insufficient organization" concerning the segregation of supporters, while Beşiktaş were charged with throwing projectiles and crowd disturbances. The Eagles said the troubles were Lyon's responsibility as the home side.

Lyon won the game 2-1, leaving all at stake for a tense return encounter and a place in the semi-finals. Incidents inside Lyon's stadium, which will host the final next season, followed fighting among French and Turkish fans earlier in the city on Thursday. About 20 minutes before the scheduled 9:05 p.m. (19:05 GMT) kickoff, Lyon fans spilled on to the field. The game finally began 45 minutes late after police intervened in the stands.

Lyon's deputy general counsel, Vincent Ponsot, admitted the club's responsibility in the disorder but insisted Beşiktaş fans created the trouble. Some Lyon fans also sought to confront their Turkish counterparts outside the stadium before the game, and then inside the stadium, with dozens clashing.

In March 2001, fans of Paris Saint-Germain and Galatasaray fought running battles outside Parc des Princes then engaged in ferocious clashes inside the stadium during a Champions League match, leaving dozens with minor injuries.
Last Update: Apr 17, 2017 1:44 am
RELATED TOPICS