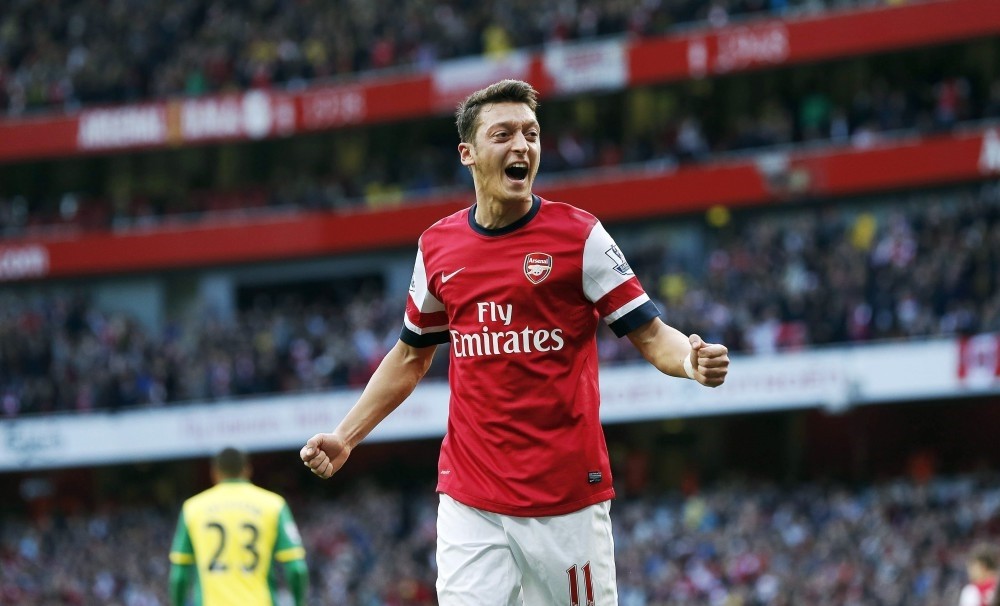 by Daily Sabah with Wires Apr 19, 2017 12:00 am
Arsenal midfielder Mesut Özil, in his autobiography, described how he refused a multi-million dollar contract with Chinese club.

"Last summer, I received an offer from China, but it was very strange, for five years they were ready to pay a fabulous sum of 100 million pounds, but it took me less than three minutes to refuse."

My agent called and asked: "You will not think about this proposal?" I answered that "I am still far from the end of my career and I want to win trophies with Arsenal. Regardless of the amount in the contract, I did not want to play in China. So this question was decided," quotes the German Daily Mail.

Arsenal, whose last away win came at Swansea on Jan. 14, moved into sixth place. Although Manchester City is seven points ahead in the fourth Champions League place, Arsenal has a game in hand with seven still to play. Arsenal had won only one of its previous five league games, and Monday's success came after Wenger tweaked Arsenal's formation and set out with a three-man defense.
Last Update: Apr 19, 2017 1:13 am
RELATED TOPICS