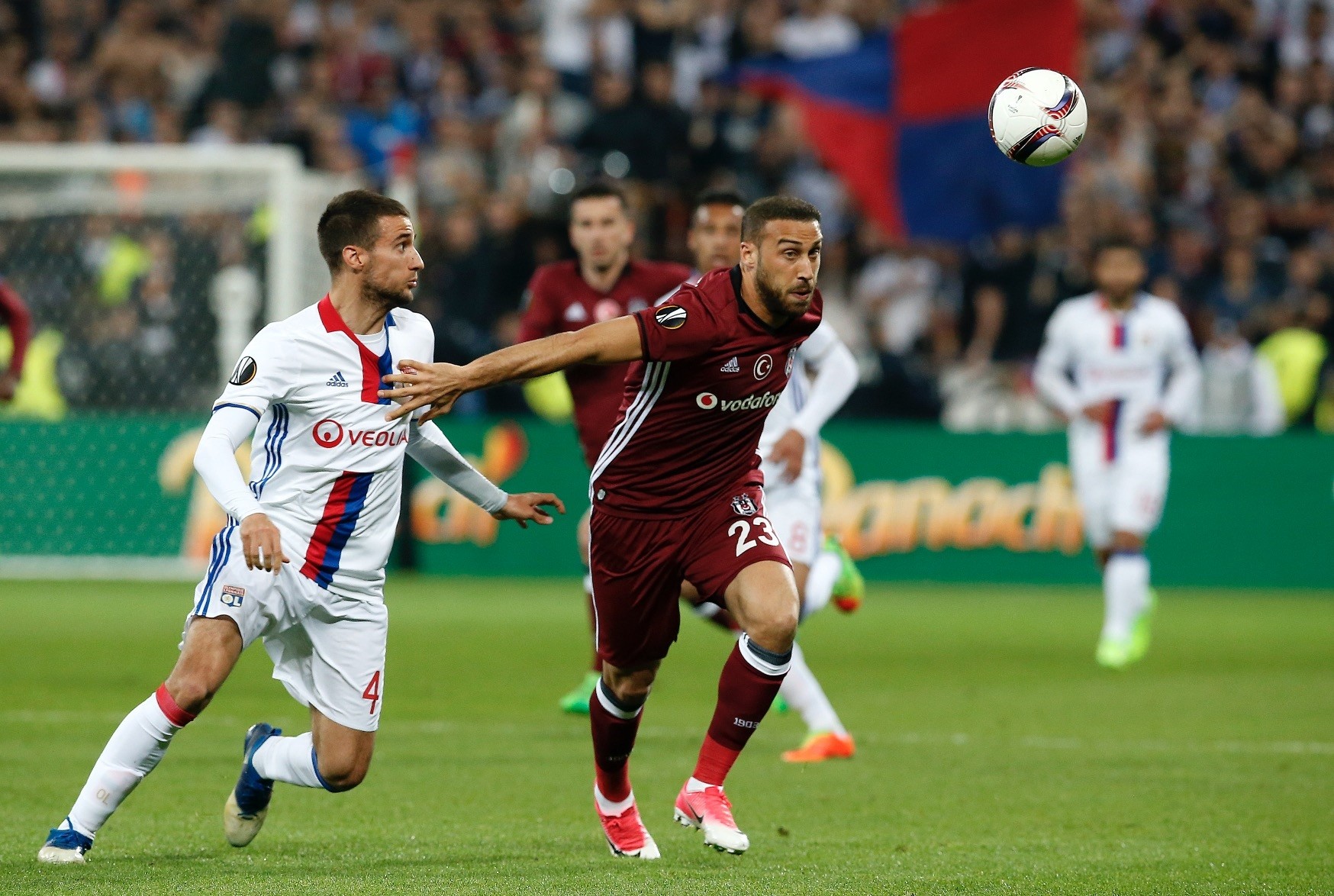 Beşiktaş are yet to lose a European home game at their new stadium, but a draw will be no use to them as they welcome Lyon. The Eagles are trailing 2-1 after conceding two late goals in France

Turkish champions Beşiktaş are within sight of a first major European semi-final, but could do with a first European clean sheet at their new stadium as they welcome Lyon tonight.The French side struck twice late on in the first leg as they beat Beşiktaş 2-1, in the sides' first game in any UEFA competition. The Eagles, however, are unbeaten at home against French sides (W2, D1), but have now lost all four of their previous games in France. Lyon will fly to Istanbul with their better than average record against Turkish teams. In their previous 11 matches against teams from Turkey, Lyon won six, lost four and drew one at home, while on the road, they have won two, lost two and drew the other. But they have not faced Turkish opposition since the 2004/05 UEFA Champions League group stages, when they beat Fenerbahçe 3-1 in Istanbul and 4-2 at home.

Meanwhile, the Black Eagles are yet to lose in their five European games at their new home, Beşiktaş Arena (W2 D3), but have also never kept a UEFA clean sheet there. Overall, they are unbeaten in eight European home games (W3 D5).

On the other hand, Lyon have two wins, two losses and a draw in their European away records this season. They have scored at least once in all but one of those games and hit the net 18 times in total, since entering the competition in the round of 32. Their average of 3.6 goals per game is the highest of any side in this season's competition.

Beşiktaş, however, will be eager to make European history as they have never the semis in any European competitions. The last time they reached a UEFA quarter-final was in the 2002/03 UEFA Cup, before eventually losing out to Lazio. Compared to their Turkish counterparts, Lyon have a better European track record, reaching the 2009/10 UEFA Champions League semi-final, where they were eliminated by Bayern Munich.

Beşiktaş, the only domestic champions left in the UEFA Europa League this season, will be without the services of Vincent Aboubakar and Marcelo, who are serving suspensions along with Lyon's Rafael.

With couple of Beşiktaş players, namely Aboubakar and Tosic having track records in Ligue 1 may help the team strategically. Aboubakar played in Ligue 1 from 2010 to 2015 with Valenciennes and Lorient while Tosic helped Sochaux win the 2006/07 French Cup in his lone full season in France.

The first leg match in Lyon was scarred by violence and a pitch invasion and it has turned into a crisis, after accusations made by Lyon President Jean Michel that Beşiktaş fans were responsible for the trouble. The game kicked off 45 minutes late after fans clashed in the stands and fireworks and other projectiles were allegedly thrown by the visiting fans toward the French supporters. Later it was announced that Lyon fans will not travel to Istanbul for the return leg of their Europa League quarter-final, despite reassurance from Beşiktaş that the Lyon fans had nothing to fear.
RELATED TOPICS