Atletico aim for European revenge against Real at fourth attempt 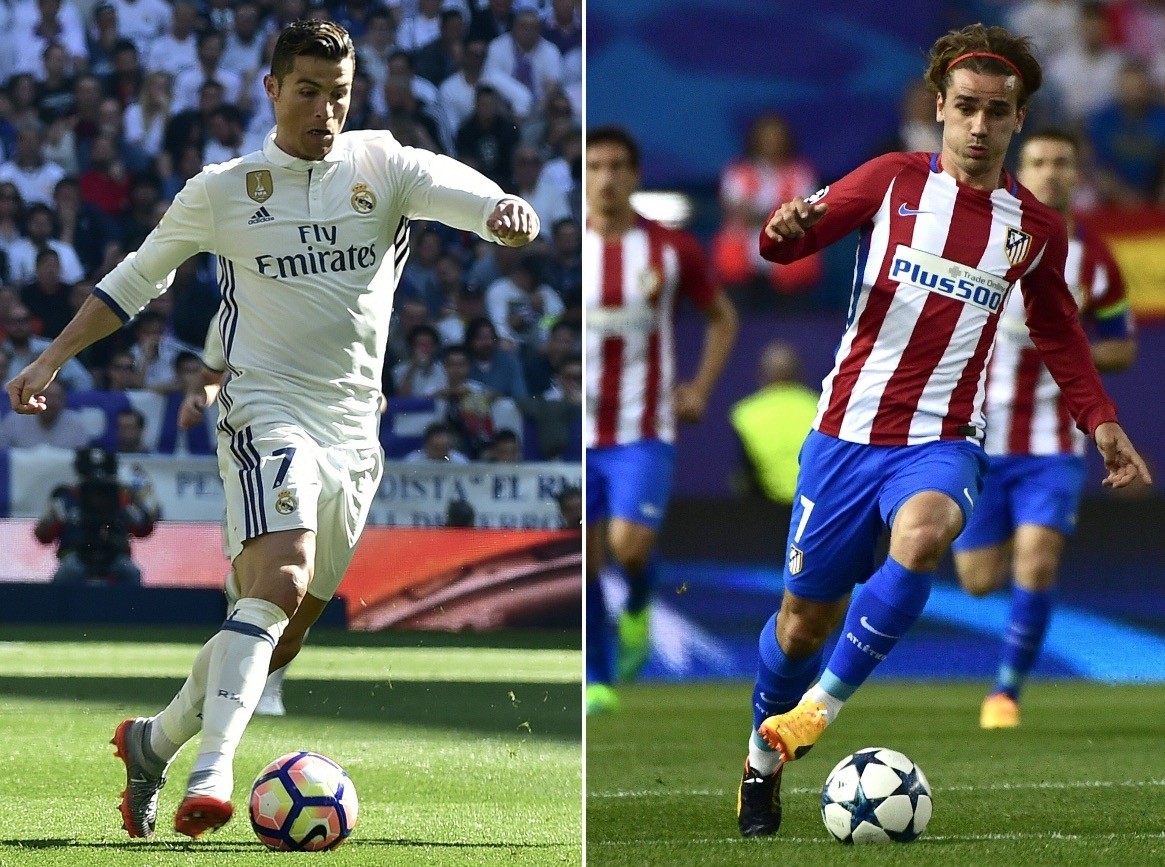 Real Madrid are the only team who have stopped Atletico Madrid adding a Champions League triumph to their achievements under Diego Simeone and for the fourth year running the Rojiblancos' illustrious neighbours block their path to European glory. Atletico under their charismatic Argentine coach have seen off the giants of the European game past and present, beating AC Milan, Chelsea, Juventus, Bayern Munich and twice knocking out Barcelona, but they have repeatedly fallen to their neighbours. Atletico have shaken off their inferiority complex against Real in every other competition under Simeone, beating them twice in the King's Cup and winning four of their last eight league derbies, but not in Europe's elite arena.

Real host Atletico in today's semi-final, first leg having beaten them 5-3 on penalties in the 2016 final and 4-1 in extra time in the 2014 showpiece when defender Sergio Ramos's 93rd minute equaliser denied Atletico a first Champions League crown. Real's European dominance over Atletico runs as far back as Alfredo di Stefano and Ferenc Puskas deciding a semi-final in 1958/59, while Javier Hernandez got the only goal in a quarter-final in 2014/15, the other two-legged affair between them. While Atletico are waiting to win the European Cup for the first time, Real want a 12th triumph to become the first team to retain the trophy in the Champions League era. The winners of the tie will face Monaco or Juventus, who play tomorrow.

Atletico's preparations for their fourth consecutive European showdown with Real were hit by Jose Gimenez sustaining a groin injury in Saturday's 5-0 hammering of Las Palmas, leaving Simeone missing three defenders for the first leg as right backs Sime Vrsaljko and Juanfran are also out. Winger Yannick Carrasco hurt his collarbone in Tuesday's 1-0 home defeat by Villarreal, Atleti's first loss in 13 games in all competitions, although the Belgian returned to full training on Sunday to boost his chances of facing Real. Simeone praised his team's resilience after they responded to the Villarreal loss by ruthlessly thrashing Las Palmas helped by three early goals.

"The team's response fills me with pride, I never tire of praising these players, they are incredible," he said.

"Four days after that defeat they killed the game off in 18 minutes and that's down to one word, the team."

Atletico will need to magnify their collective efforts if they are to finally topple a Real Madrid side who have perfected the art of winning in this campaign without hitting top form.

Zinedine Zidane' side shook off a dogged Valencia side 2-1 at the Bernabeu on Saturday with a late winner by Marcelo, the 20th goal Real have scored in the final 10 minutes in the league this season, which kept their bid for a 33rd title on track.

"We showed great spirit and proved to everyone who we are," said the Brazilian. "With our fans behind us, it's very difficult to beat us here."