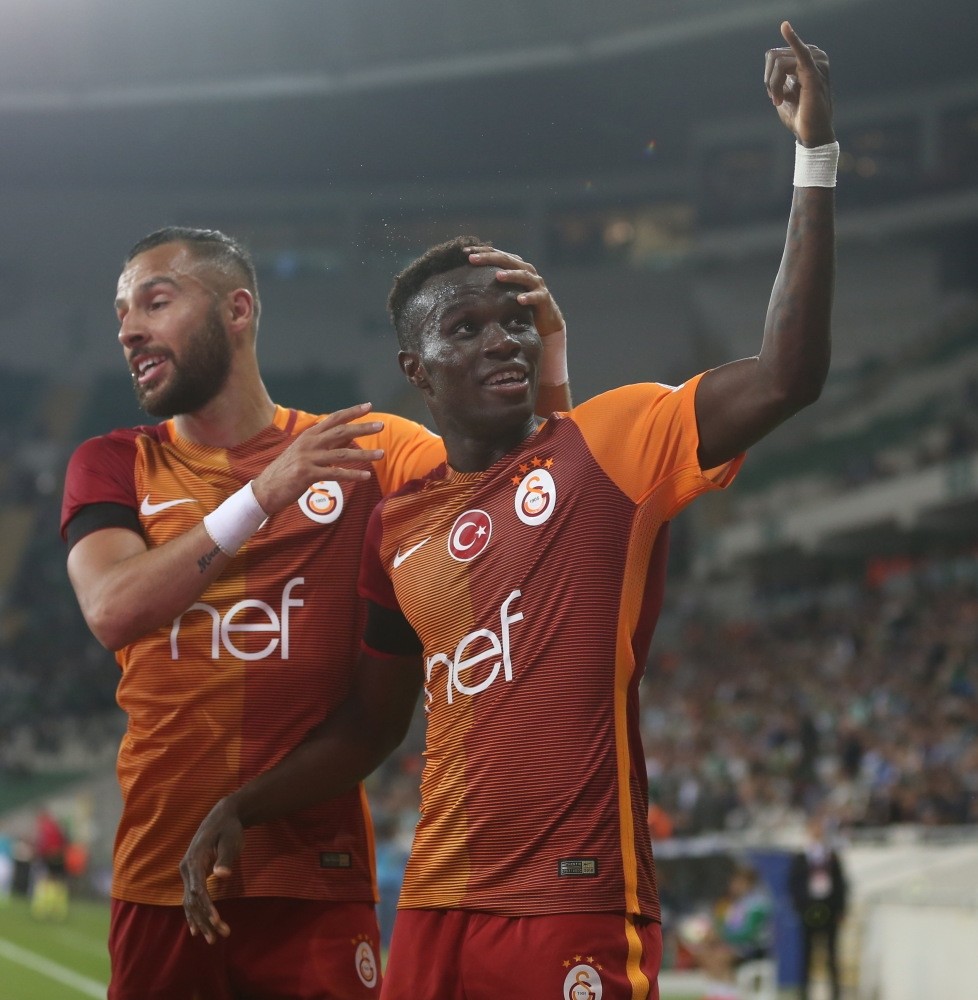 Galatasaray kept their hopes of claiming a European Champions League playoff spot alive on Monday as they thrashed Bursaspor 5-0 in the Spor Toto Super League. The shocking defeat was too much to handle for the hosts and Bursaspor manager Mutlu Topçu resigned shortly after the game. Early on in the game, a defensive error by hosts Bursaspor cost them an own goal.

Galatasaray's flamboyant winger Armindo Bruma's pass into the six-yard box was sent into the net by Bursaspor defender Ertuğrul Ersoy. With the halftime whistle looming, the Istanbulites' high-tempo play proved too much for Bursaspor and Bruma made it 2-0 in the 45th minute. Galatasaray continued their scoring spree in the second half, with Ahmet Çalık, Lukas Podolski and Yasin Öztekin all hitting the net in the 58th, 60th, and the 89th minutes, respectively. The win took Galatasaray's points total to 52, cementing their hold on fourth place. Bursaspor, on the other hand, are stuck in the 13th spot with 35 points.

Earlier on Saturday, in a top-of-the-table-battle, second-placed Medipol Başakşehir defeated leaders Beşiktaş 3-1 at home. Nineteen-year-old Cengiz Ünder was in top form for Başakşehir as he scored two goals for the home team, which racked up three goals in the first 20 minutes with Emmanuel Adebayor chipping in the third. Striker Demba Ba scored the solitary goal for Beşiktaş in three minutes before the final whistle, but it was too little too late for the Istanbul club. The victory reduced the point gap between Başakşehir and Beşiktaş to just four, with five matches to go in the season.