Juventus take nothing for granted in tough visit to Monaco 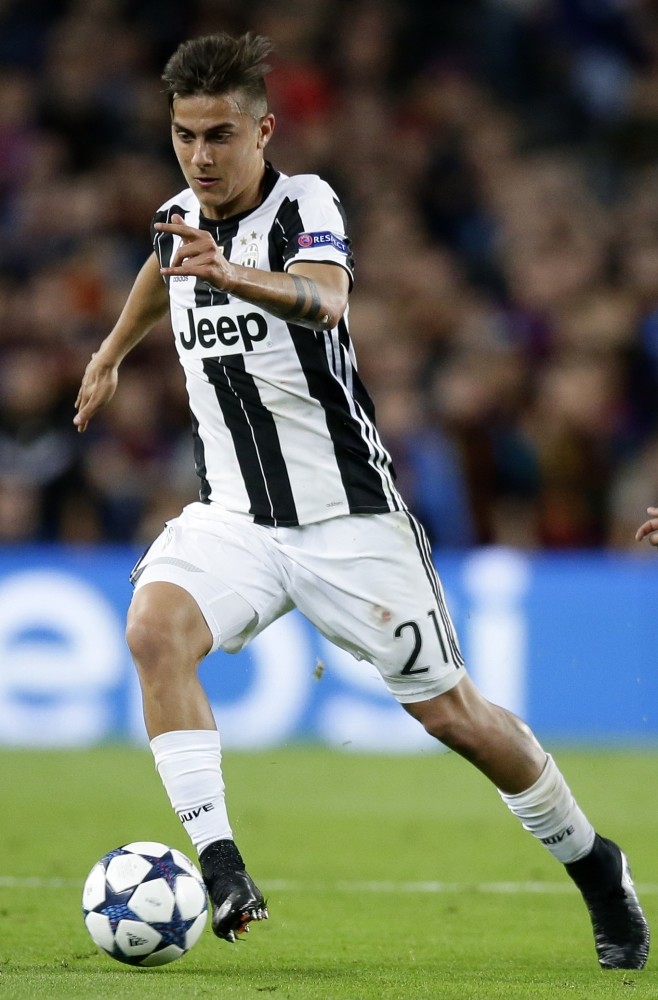 Juventus fans breathed a sigh of relief when the 23-year-old Paolo Dybala signed a new contract at the beginning of the month, tying him to the Bianconeri until 2022.
by May 03, 2017 12:00 am

Juventus boss Massimiliano Allegri strives to keep his squad's self-confidence under control as he leads them to Monaco today for the first leg of a tricky Champions League semi-final. His trademark circumspection proved right Friday, when the Serie A leaders were held 2-2 at Atalanta, a squad who partly mirror Monaco's exuberant and fast game. The draw slowed down the chase of a record sixth straight title that still looks all but secured as Roma trail nine points adrift with four games remaining.

"We need to remember that the season isn't over yet," the tactician said. "We have the derby against Torino (Saturday) and a head-to-head against Roma (on May 14). It would have been said and done had we won tonight (at Atalanta), but we couldn't manage it.

"You have to react and pick yourself up after these blips - you tend to ease off when everything's been going well and people start talking about winning the treble."

Juve fans began eyeing a record third straight double in early April, when an Italian Cup final berth was secured by eliminating Napoli. But their appetite then grew to contemplate a historic treble after a 3-0 aggregate success against Barcelona in the Champions League quarter-finals. Ousting the Spanish powerhouse avenged a 3-1 defeat in the 2015 final and confirmed the tightness of a defence that conceded only twice in the tournament.

"I did think we had a good chance of qualification after the 3-0 first-leg result," goalkeeping captain Gianluigi Buffon said, "but I honestly didn't believe we would come to the Camp Nou and keep a clean sheet."

Brazil right-back Dani Alves, who plays his first season at Juve after winning three Champions League titles with Barcelona, was in tune with Allegri about the danger of overconfidence.

"The biggest mistake would be to think that the trophy is already ours because we have eliminated Barcelona," Alves said." We must not go to Monaco expecting an easy game.

"They are more than just one or two star players; they play as a team and without pressure. They are free to express themselves and that makes them a very dangerous proposition."

Monaco have scored 95 goals in domestic action - 25 more than Juve - and provide another tough challenge for Buffon, who in March played his 1,000th professional game.

His career includes the 2006 World Cup triumph and seven domestic titles with Juve, but lacks the top continental club trophy that the Bianconeri lifted for the second time in 1996.

"Having conceded just two goals is the result of gruelling team work," Buffon said. "Defensive ability stems first from the rear package, but also from the work of midfielders and strikers. It is everybody's merit."

Allegri, who made minor changes to his line-up in recent months, has midfielder Sami Khedira suspended and looks to replace him with the faster Claudio Marchisio. Up front, Argentinians Paulo Dybala and Gonzalo Higuain have support on the wings from Mario Mandzukic and Juan Cuadrado, a Colombian compatriot of Falcao.

Manning the defence of the French Ligue 1 leaders are Poland's Kamil Glik, who played the previous five seasons at Torino, and Andrea Raggi, an Italian who moved to the principality side in 2012.
RELATED TOPICS