Barca’s Neymar to stand trial in Spain over fraud, corruption 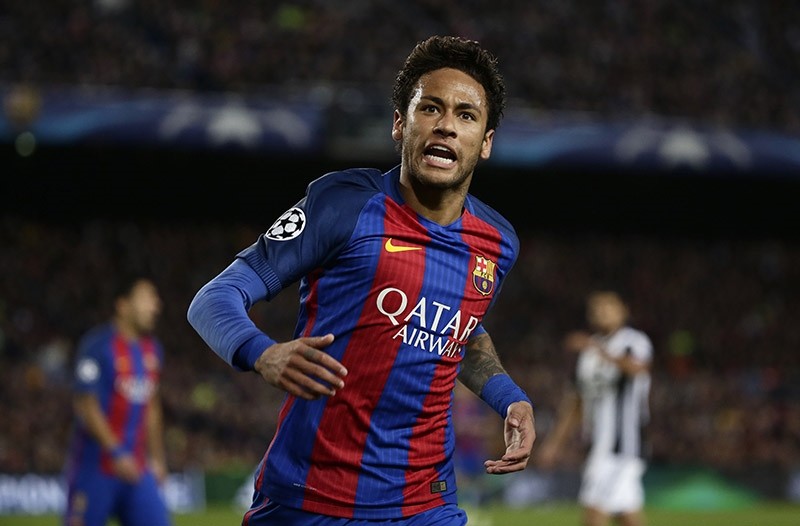 Barcelona's Neymar shouts during the Champions League quarterfinal second leg soccer match between Barcelona and Juventus at Camp Nou stadium in Barcelona, Spain, April 19, 2017. (AP Photo)
by May 04, 2017 12:00 am

A Spanish court on Thursday ordered Barcelona's Brazilian star Neymar and his parents to stand trial over alleged fraud and corruption in the player's transfer from Santos in 2013.

The National Court also ordered Barcelona president Josep Maria Bartomeu and his predecessor Sandro Rosell, as well as the two clubs, Barcelona and Brazil's Santos, to be sent to trial over the affair.

They will stand trial for "business corruption and fraud", the court said in a statement.

Neymar's arrival from Brazil's Santos has been a huge success for the Spanish champions on the pitch but a judicial nightmare off it.

The 25-year-old striker is being investigated in Brazil and Spain over his headline move to La Liga.

Barcelona originally published the transfer figure as 57.1 million euros ($62.3 million), with 40 million euros of that given to the player's family.

But Spanish authorities believe the true transfer figure was at least 83 million euros.

In November, prosecutors recommended that the striker be handed a two-year jail sentence and a fine of 10 million euros for alleged corrupt practices.

Sentences of two years or less are habitually suspended for first time offenders in Spain.

The case initiated with a complaint from Brazilian investment company DIS, which owned 40 percent of Neymar's sporting rights at the time of his transfer.

DIS received just 6.8 million euros -- 40 percent of the fee paid to Santos -- with the company claiming it was cheated out of its real share because part of the transfer fee was concealed by Barcelona, Santos and the Neymar family.