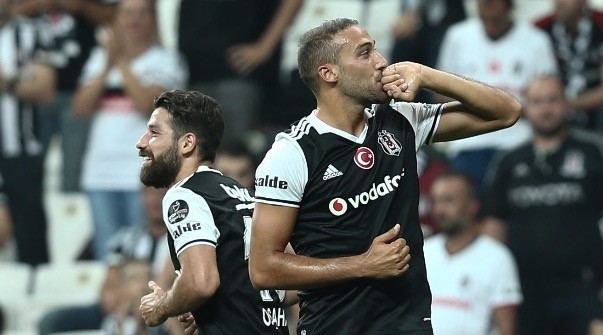 by Hakan Baş May 06, 2017 12:00 am
Third-placed Fenerbahçe pay a visit to league leaders and crosstown rivals Beşiktaş Sunday in the 30th week of Turkish Super League.

A win for Dick Advocaat's team would bring their point gap with Beşiktaş down to five. Beşiktaş, on the other hand, don't need any reminder that there is still work to be done if they want to secure their second consecutive title. With second-placed Başakşehir hot on their heels, the Black eagles cannot risk losing the match.

Though the Yellow Canaries have little to no hopes left for the title with just four matches left after the derby, with 56 points in the bag their main objective would be to finish the season in the second place and clinch the Champions League playoff spot.

Earlier last week, Başakşehir blew the Super League title race open as they humiliated reigning champions Beşiktaş 3-1 at home. Though Beşiktaş are still favorites to defend the title, with just five games remaining, Başakşehir have made it very clear that they will keep the pressure on and will be waiting for a Black Eagles slip up.

Both Fenerbahçe and Beşiktaş coaches Dick Advocaat and Şenol Güneş have not suffered a derby defeat this season.

Güneş won one derby and drew two while Advocaat won two derbies and drew one.

In the last 23 matches between Fenerbahçe and Beşiktaş, the team which scored first was beaten just twice.

As for the goalkeepers, Beşiktaş won and drew in two derbies against Fenerbahçe with Fabricio under the crossbars, and Fenerbahçe saw 17 wins and five draws and defeats each in 27 derbies against Beşiktaş with veteran Volkan Demirel holding the fort.
Last Update: May 06, 2017 1:17 am
RELATED TOPICS