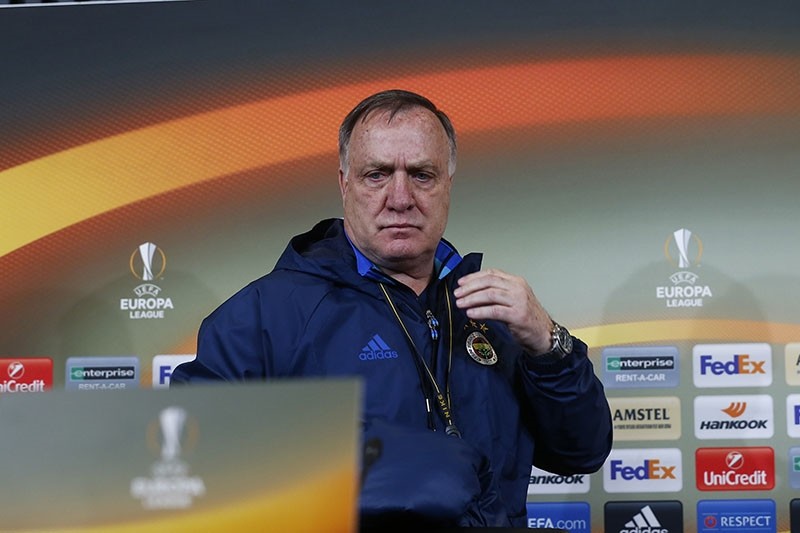 Fenerbahu00e7e coach Dick Advocaat holds a press conference prior to the UEFA Europa League match against Russia's Krasnodar on Feb. 02, 2017. (AA Photo)
by Compiled from Wire Services May 09, 2017 12:00 am

Fenerbahçe coach Dick Advocaat has been named as the new coach of the Netherlands, returning for a third spell at the helm of the ailing national team and tasked with rescuing their qualification campaign for the 2018 World Cup in Russia.

The 69-year-old, who becomes the country's oldest coach, will be assisted by Ruud Gullit. Advocaat will leave Turkish side Fenerbahçe at the end of the current season to take charge of the national team for the first time since he led the side to the semi-finals of the European Championships in 2004.

On March 17, after a Turkish Super Lig loss to Konyaspor, the Fenerbahçe manager announced he would leave the Istanbul club at the end of the season.

The 69-year-old managed many teams throughout his career, including the Dutch, Belgian, Russian and Serbian national sides, as well as PSV Eindhoven, Glasgow Rangers and Sunderland.

Previous head coach Danny Blind was fired after the Dutch lost to Bulgaria in a 2018 World Cup qualifier in March. The Netherlands, which failed to qualify for last year's European Championship, is in fourth place in Group A after five games.