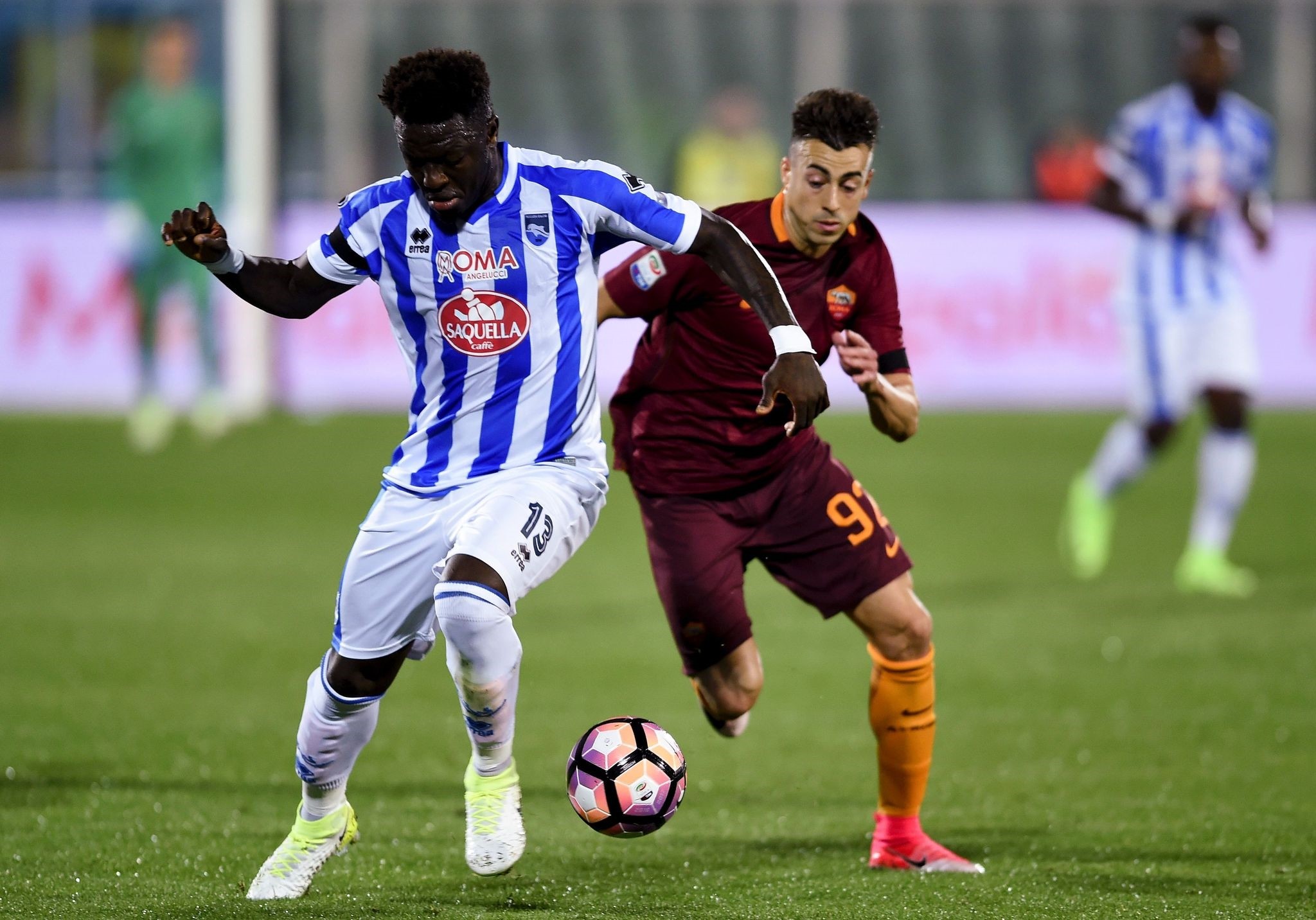 Romau2019s Italian forward Stephan El Shaarawy (R) and Pescara Ghanaian midfielder Sulley Muntari are in action during the Italian Serie A football match between Pescara and AS Roma.
by May 11, 2017 12:00 am

Juventus reached their second Champions League final in three years, new investors are promising a revival of AC Milan and Serie A is casting off its reputation for sterile defensive fare. But the specter of racism has returned to haunt the national sport

These should be the best of times for Italian football. Juventus reached their second Champions League final in three years on Tuesday evening, new investors are promising a revival of AC Milan and and Serie A is casting off its reputation for sterile defensive fare. But the renaissance risks being clouded by reminders of football's dark ages: the specter of racism has returned to haunt the national sport. Ten days after Ghana midfielder Sulley Muntari walked off in disgust at being racially abused during a match at Cagliari, the fans responsible have not been identified. And no action has been taken against the Sardinian club.

Muntari, in contrast, was sanctioned, after failing to persuade the referee to suspend the match. Remonstrating with the fans earned him a first yellow card, walking off in frustration a while later got him a second and a sending off, leading to an automatic one-match ban. An outcry spearheaded by the international players' union and the U.N. human rights agency saw the ban overturned on appeal. Muntari has subsequently sought to highlight his treatment in interviews, protesting at "being made to feel like a criminal" while the game's governing bodies sit on their hands.

The spotlight on Italian football brightened after Juventus's Moroccan defender Medhi Benatia cut short a TV interview at the weekend after reportedly hearing someone involved in the production describing him in racially derogatory terms. Italian football cannot be blamed for that incident. But sociologist and writer Mauro Valeri believes its racism problem is only partly about sport reflecting the outside world.

"What happened with Muntari is a very important episode. But only because he reacted. Sadly, this kind of thing is all too common," Valeri told reporters. "And it is not just Serie A and B. In junior football there have been 80 registered cases of black players being abused in the last two years. Usually by parents of their opponents and almost invariably nothing is done about it."

The Muntari abuse was one of a string of recent cases of black players being verbally attacked from the stands. Serie A has sanctions procedures but the criteria for applying them (such as the whole stadium must be able to hear the abuse) mean they are hardly ever used.

"It is just ridiculous," Valeri said. "The result is racism is never punished."

Another problem is that although Italy has strong legislation covering racial abuse, the law requires positive identification of the individuals involved, and clubs cannot be held responsible for failing to identify perpetrators. Valeri says clubs' fear is alienating their most hardcore fans, even if they have extremist or even criminal affiliations. And broader cultural and political influences also shape attitudes.

"Within Italian football there is no anti-racism movement and other anti-racism associations don't take any interest in football," said Valeri.

This leaves anyone who takes a stand isolated, as happened to the country's most prominent black player, Mario Balotelli, he argued.

Mainstream Italian politicians are reluctant to take a stand for fear of being seen as not appreciating voters' worries about the arrival of more than half a million mainly African migrants in three years. "Today, talking about racism means losing votes," said Valeri.