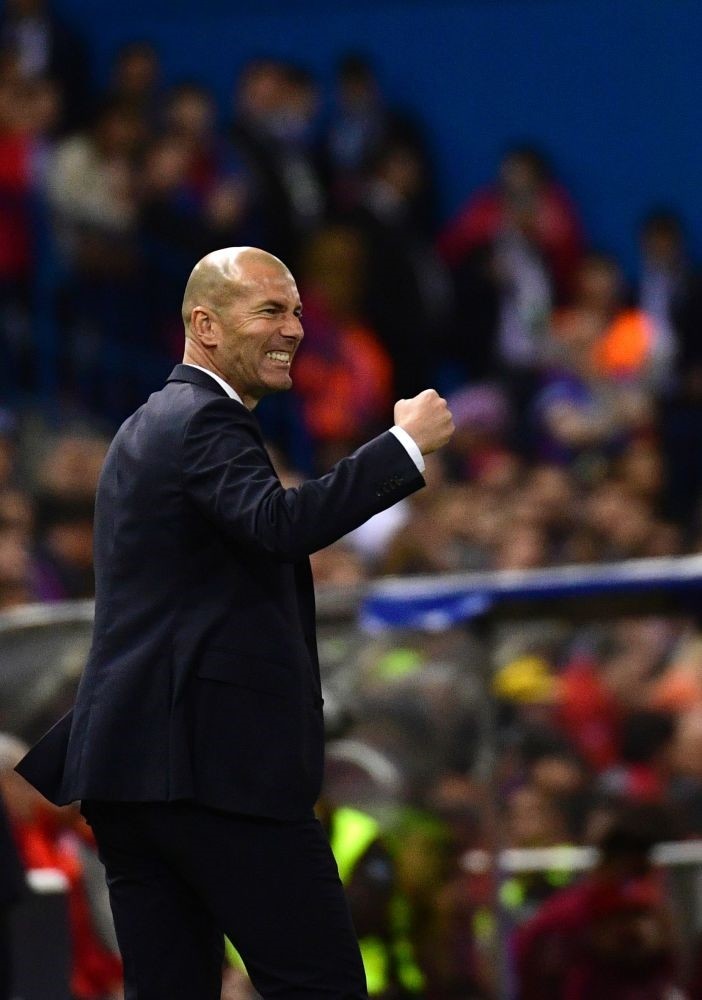 by May 12, 2017 12:00 am
Zinedine Zidane (above) was thrilled to steer Real Madrid to a second consecutive Champions League final in which his team will bid to defend their title against his former club Juventus. Real's French coach played for The Old Lady between 1996 and 2001 and his portrait hangs on the walls of the Italian club's stadium in Turin. After a 2-1 defeat at the Vicente Calderon on Wednesday, which sent Real through 4-2 on aggregate, Zidane explained what the game in Cardiff will mean to him.

"It's special, for sure, (Juventus) gave me everything," he told reporters.

"But I'm with Real Madrid, another club of my life. It will be a beautiful final. We know the path is long and hard and that they deserve to be there and I think we do too."

Although Madrid were defeated by their city rivals, Zidane was pleased with the way they reacted after an opening salvo from Atletico that sent them two goals up in 16 minutes.

Zidane's side reached the European Cup final for the 15th time and are looking for their 12th victory. The coach, who took charge of the team in January 2016, steered the club to victory last season against Atletico in the final.

"I'm happy as the coach as it means that what I'm doing, I'm doing well, but this squad have all been phenomenal," Zidane said.

"It is those on the pitch who play, run, fight and always give everything they can. But we haven't won anything yet."