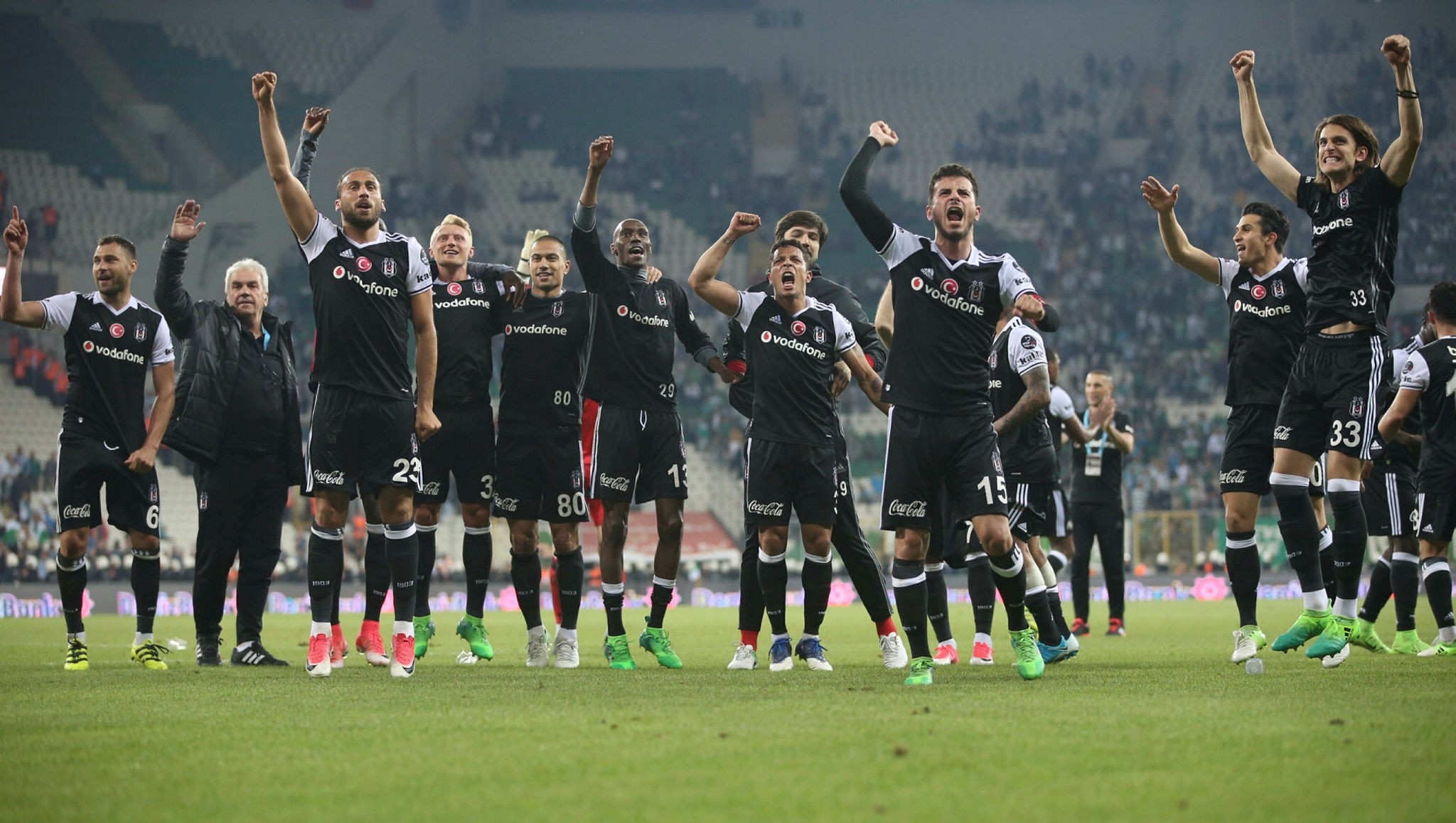 With three matches left and only two points between them and Medipol Başakşehir, leaders Beşiktaş are counting down to the end of the Super League. Fortunately, the Black Eagles secured a win against Bursaspor with two goals on Monday night to remain on track

Enjoying a streak of wins, Beşiktaş have managed to snatch another victory on Monday night, crushing Bursaspor in a 2-0 away win.

As a result, the Black Eagles, with 68 points, start the remaining three weeks of the season in the Spor Toto Super League two points ahead of closest rivals Medipol Başakşehir.

The five-time Super League champions averted close calls in previous seasons by improving in the last weeks but it will be a narrow race this year against Başakşehir, a relative newcomer to the top league. Last season, there was only three points between Beşiktaş and Fenerbahçe in the title race.

In Monday night's game, Beşiktaş only started building up excitement among fans in the second half. That came with a rough shot by star Ricardo Quaresma, the first significant charge by the Black Eagles against an occasionally lackluster Bursaspor.

Unsurprisingly, the goals once again came from Cenk Tosun and Vincent Aboubakar.

Tosun scored the first goal in the 65th minute, with an assist from Aboubakar, who sealed the victory in extra time.

Speaking at a post-match press conference, Beşiktaş coach Şenol Güneş praised Bursaspor for the team's performance despite a string of defeats in the past weeks, and described the game as "difficult."

"We managed to break off defense in the second half and deserved the win," Güneş said.

The coach also criticized the referee's decision to ignore what he called a foul against Oğuzhan Özyakup.

Beşiktaş's Cameroonian striker Aboubakar linked the win to their resilience against a tough defense on the part of Bursaspor.

Meanwhile after the game, Aboubakar downplayed questions about his possible transfer at the end of the season, saying he was focused on the championship and was happy playing for Beşiktaş.

"It is up to the administration," he said.

The Black Eagles' midfielder Tolgay Arslan also said the Bursaspor match was a real challenge for them.

"They had nothing to lose and they played it rough. The victory was an important step for us to the title and we have to keep the same determination in the next three matches," he said.

Beşiktaş will face Kasımpaşa in a home match on Saturday before squaring off against Gaziantepspor in an away game prior to their final league match against Osmanlıspor.

Medipol Başakşehir, which wrapped up the last two seasons in fourth spot, is this close to the title for the first time.

The Istanbul-based club that last secured a 2-1 victory against Gençlerbirliği, will take on Trabzonspor, which clings to fifth spot this week. It will then host Adanaspor, occupier of the bottom rung on the league ladder, before an away game with Kayserispor.
RELATED TOPICS