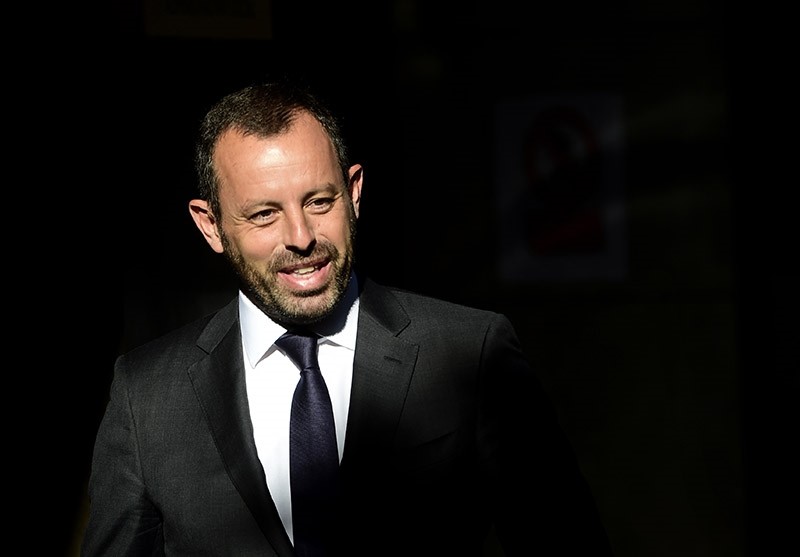 Former Barcelona president Sandro Rosell and his wife have been detained in connection with his businesses in Brazil, Spanish authorities said Tuesday.

The detentions were part of a money-laundering investigation related to buying television rights for past matches of Brazil's national team.

Five people were arrested in total, according to a police statement.

Sporting events organizers were also among those arrested after a series of raids on homes in the northern Spanish region of Catalonia and in neighboring Andorra, police said.

They added that authorities were gathering evidence of bribes being paid to people who illegally arranged the rights sales and that they were also investigating allegations that the profits of the scheme were later laundered.

Authorities said nearly 15 million euros ($16.8 million) could have been laundered through tax havens.

Rosell resigned as president of Barcelona in 2014 after Spain's High Court began investigating irregularities in the way the club signed Brazilian player Neymar. He had denied any wrongdoing in that case, which is set to go to trial.