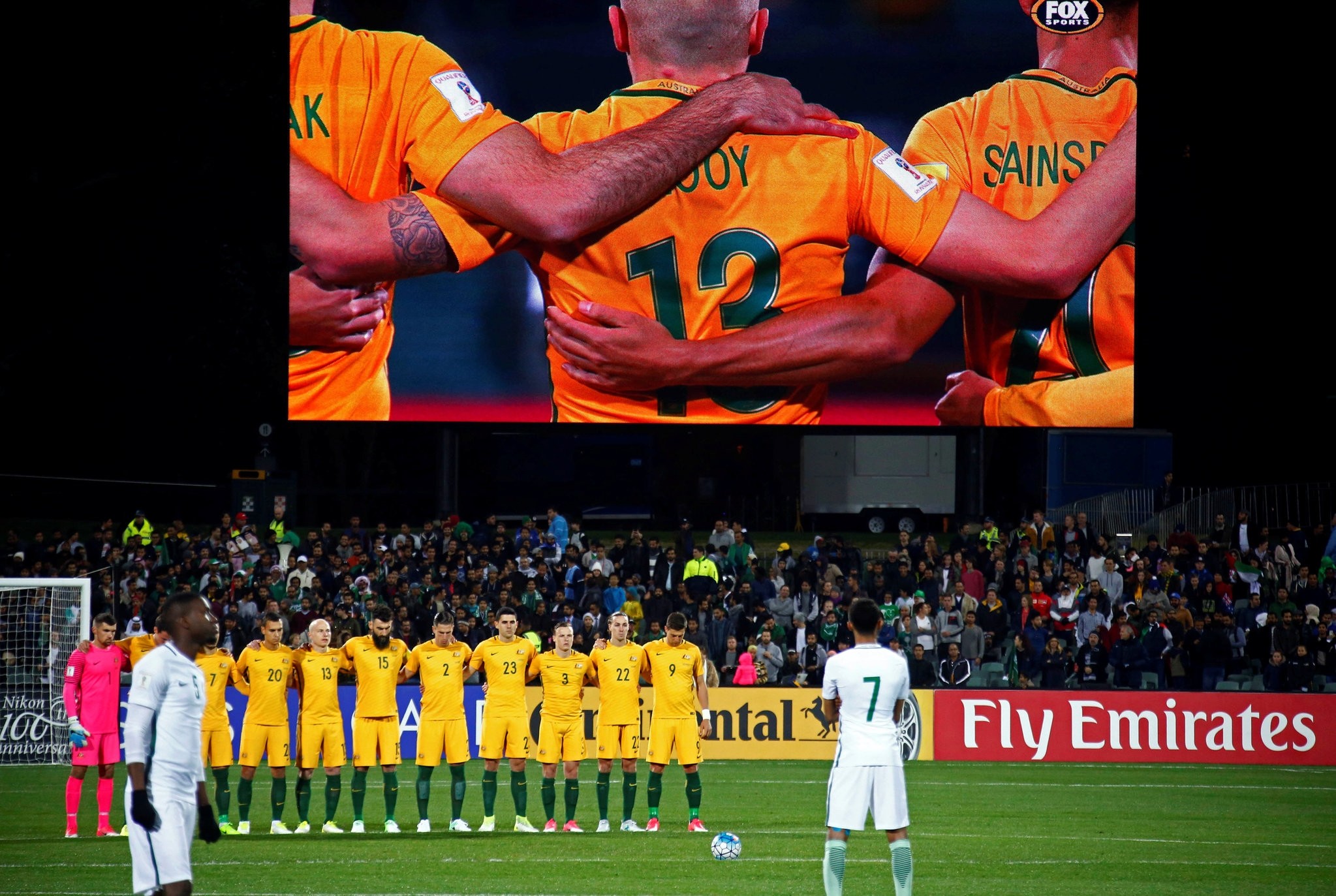 Ahead of the FIFA World Cup Asian Qualifying match between the two countries, the stadium announcer called for a minute's silence as the 11 Australian players on the field lined up at the center circle with their arms on their teammates' shoulders, however, Saudi Arabian footballers milled about separately on the other side, seemingly ignoring the gesture and finishing their pre-match warm-up instead.

The Australian soccer federation, known as FFA, said after the match that the Saudis agreed that the minute of silence could be held but told the FFA officials that this tradition was not in keeping with Saudi culture and they would move to their side of the field and respect our custom whilst taking their own positions on the field, the Sydney Morning Herald reported.

Typically, FIFA representatives meet with officials from both teams and the referee a day before a World Cup qualifier to discuss all game protocol issues, including plans for a minute's silence.

The move drew heavy criticism on social media as people accused Saudi footballers of "the clear lack of respect."

Saudi players have previously observed tributes when Al-Ahli Saudi FC paused for a minute of silence ahead of their Qatar Airways Cup match against Barcelona in December 2016.

Two Australians were among the eight people killed in Saturday's attack.

Australia ended up winning the match 3-2, leaving it and Saudi Arabia tied with 16 points in their qualifying group. Japan also has 16 points but has a game in hand.
Last Update: Jun 08, 2017 8:27 pm
RELATED TOPICS