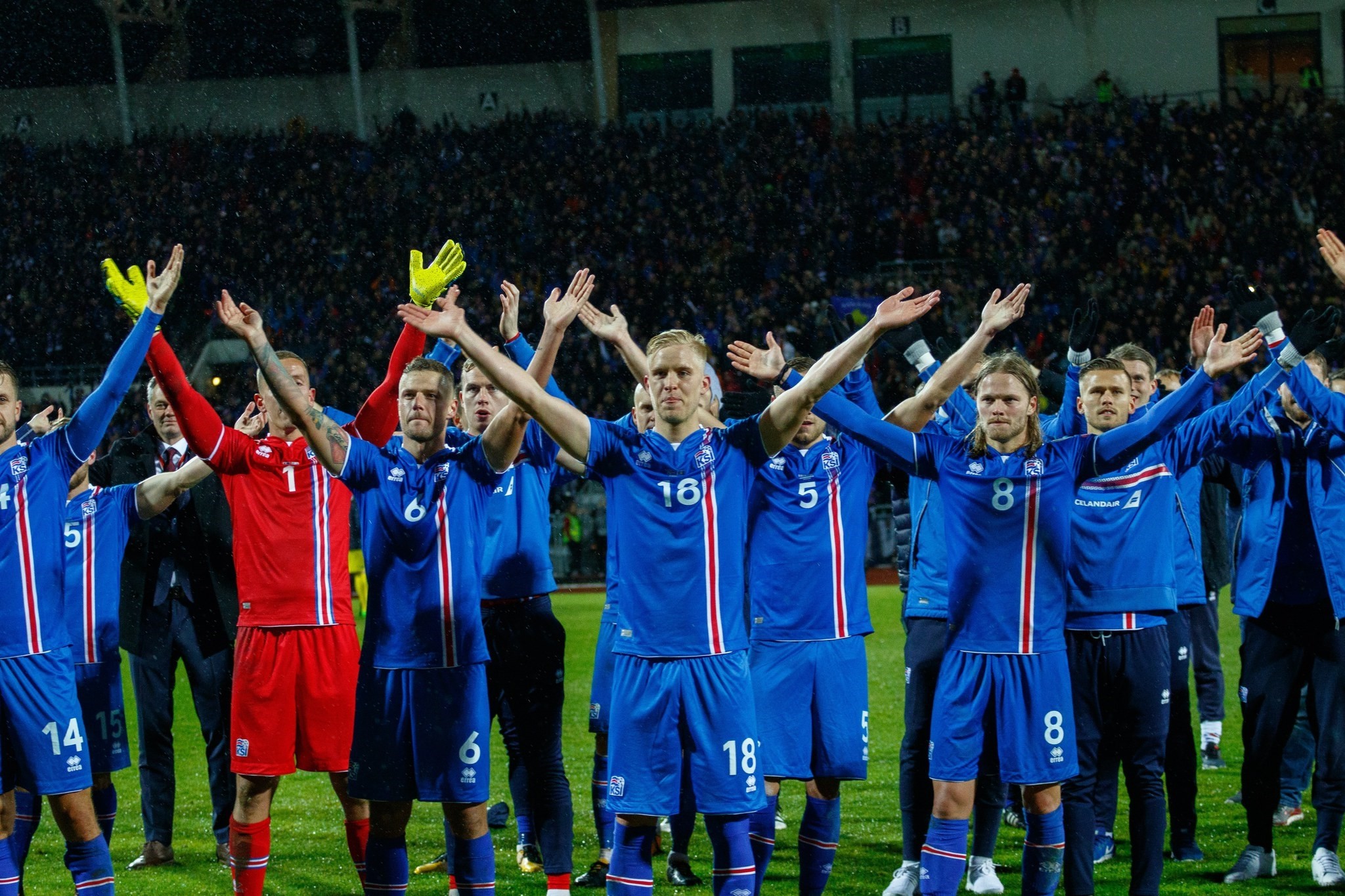 Iceland defeated Kosovo 2-0 on Monday to reach their first World Cup finals and will be joined by Serbia at next year's tournament in Russia.

Serbia beat Georgia 1-0 in Belgrade thanks to an Aleksander Prijovic goal to top Group D ahead of Ireland, who shocked Wales 1-0 in Cardiff to go into the play-offs.

Croatia are also assured of a play-off place after a 2-0 defeat of Ukraine in Kiev to finish second in Group I behind Iceland.

Fireworks lit the sky in Reykjavik following the final whistle after Gylfi Sigurdsson in the 41st minute opened the scoring and provided the cross for Johann Gudmundsson to score in the second half for an historic victory for the home side.

After reaching the quarter-finals of Euro 2016 in the debut at a major tournament, Iceland now have their first ticket to a World Cup, and will be the smallest nation based on population ever to compete in the finals.

In Kiev, Croatia defeated Ukraine thanks to an Andrej Kramaric header in the 62nd minute and a second from the Hoffenheim striker eight minutes later.

Euro 2016 semi-finalists Wales, again without the injured Gareth Bale, meanwhile saw their hopes of only a second appearance at a World Cup finals dashed in Cardiff when James McClean struck with a firm shot for Ireland in the 57th minute.

"The players were magnificent playing away from home at a very good Welsh side. To win on their territory was a great result for us.

"We are in the play-offs. Whenever the draw is made we will take our chance."

Wales manager Chris Coleman said: "My players have given everything but it wasn't enough in the end to get over the line.

"We knew going into the last four games we would probably have to win the four of them, we got three but just at the final hurdle it was not enough."

Serbia are back at a World Cup finals after missing out in 2014 and with Iceland now join hosts Russia, Germany, England, Spain, Belgium, Poland, Brazil, Iran, Japan, Mexico, South Korea, Saudi Arabia, Nigeria, Costa Rica and Egypt as teams with a place at next year's tournament.

Elsewhere, Spain finished their World Cup qualifying with a 1-0 win in Israel on Monday.

Asier Illaramendi broke the deadlock on 75 minutes to keep Spain unbeaten in qualifying, dropping only two points in 10 qualifiers.

Spain had already clinched their place at the World Cup by beating Albania 3-0 on Friday.

Italy - already certain of a play-off place behind Spain - ended their campaign with a 1-0 over Albania in Shkoder, Antonio Candreva scoring in the 73rd minute.

In other results, Austria won 1-0 in Moldova in Group D, Finland and Turkey finished 2-2 in Group I, and Macedonia beat Liechtenstein 4-0 in Group G.

Tuesday sees the last nine European qualifying games, when France hope to clinch qualification at home to Belarus in Group A, and Switzerland play Portugal to settle the outcome of Group B.

The play-off draw takes place a week later in Zurich, with the play-offs over two legs to take place between November 9 and 14.