Başakşehir, Beşiktaş give chase as Lions stay on top 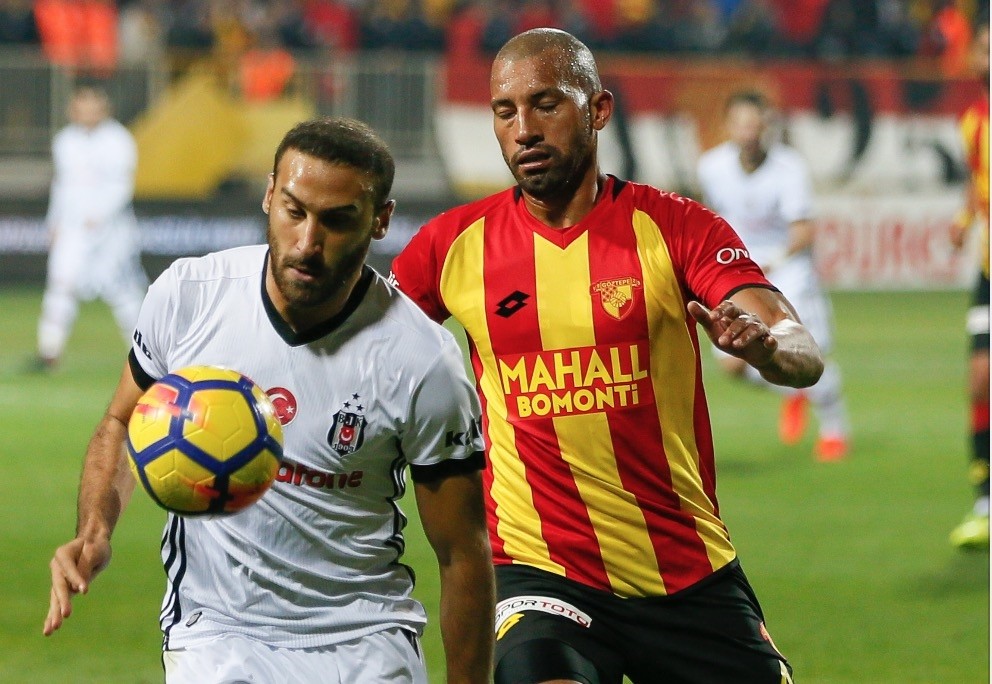 With the 11th week in the Turkish Spor Toto Super League coming to a close, three teams are at the head of the pack. Leaders Galatasaray managed to keep their distance from rivals, while it thrashed Gençlerbirliği 5-1 on Friday, raising its points total to 26.

After a goalless draw against Fenerbahçe and a 2-1 defeat against Trabzonspor, the Lions have seemingly returned to its superb form that it had put on display in the first two months of the league.

However, the team's rivals don't intend to give up in their hopes for the title. Ending their poor run in the last weeks, Beşiktaş managed to defeat Göztepe, one of the most successful teams in the league this season, 3-1 on Sunday evening in an away match in İzmir.

The visiting Istanbul club took the lead after the seventh minute when Brazilian Anderson Talisca's 12-meter header slipped by Göztepe's goalkeeper. Beşiktaş double-fired in the second half; Ryan Babel increased the lead to 2-0 in the 47th minute and Cenk Tosun added another in the 53rd minute.

Göztepe found a lifeline in the 66th minute to make the score 3-1, but Beşiktaş were able to run away with the victory. The win increased Beşiktaş's total points to 21, five points behind Galatasaray, to remain in third-place, while Göztepe dropped to eighth place with 17 points.

In other clashes on Sunday, Medipol Başakşehir won 2-0 in an away game against Yeni Malatyaspor. Togolese striker Emmanuel Adebayor and Turkish striker Mevlüt Erdinç were on board for the away team, which increased their points total to 23.

Başakşehir will meet on their home turf against leaders Galatasaray on Saturday Nov. 18.

Meanwhile, Fenerbahçe's struggles continued over the weekend when they failed to protect their lead against Osmanlıspor in Ankara on Saturday evening. The Yellow Canaries took the lead in the first half, but Osmanlıspor's 89th minute goal meant another point loss for Fenerbahçe with the score 1-1 after 90 minutes.

After the string of disapointing results, Fenerbahçe's coach Aykut Kocaman signaled that he was thinking about resigning.

"I am the one who is responsible for the situation we're in. We were seeking a consolation prize after a disappointing last minute draw against Kayserispor last week but unfortunately a similar thing happened this week," Kocaman said.

"If there is success it belongs to everyone. If there is failure it on all of us too. I mean the biggest part of in our failure is on me and the rest is on the footballers," he added.

This season, Fenerbahçe have only been able to win five of their 15 official matches. It was eliminated in the playoff stage of the UEFA Europa League by Macedonian underdog Vardar.

After that disappointment, Fenerbahçe could rake itself together in the local league either. The Yellow Canaries have only won five games this season against Beşiktaş, Evkur Yeni Malatyaspor, Aytemiz Alanyaspor and Gençlerbirliği.