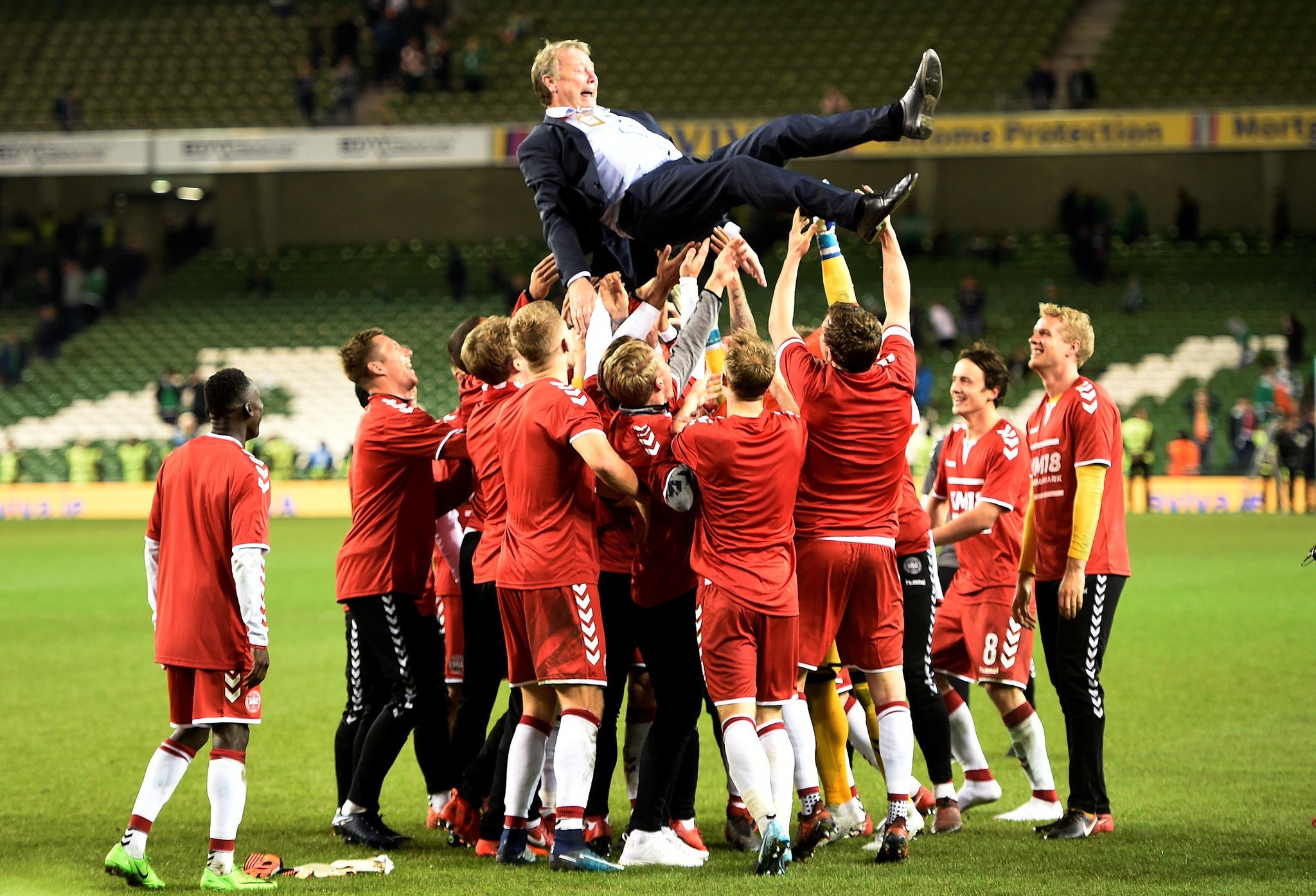 Denmark's Christian Eriksen got a hat-trick in a 5-1 thrashing of Ireland in their playoff second leg on Tuesday to help secure the final European berth at next year's World Cup.

The Danes, who were frustrated by the well organised Irish in a scrappy goalless first leg in Copenhagen, fell behind to a Shane Duffy header after seven minutes but soon struck back.

The visitors scored twice in three minutes when Andreas Christensen's stabbed effort on the half-hour hit the post and went in off Ireland's Cyrus Christie and that was quickly followed by a superb strike from Eriksen.

Ireland tried to regroup but were easily picked off on the counter attack as Eriksen curled in his second, this time with his left foot, after 64 minutes, and completed his treble 10 minutes later before Nicklas Bendtner added a late penalty.