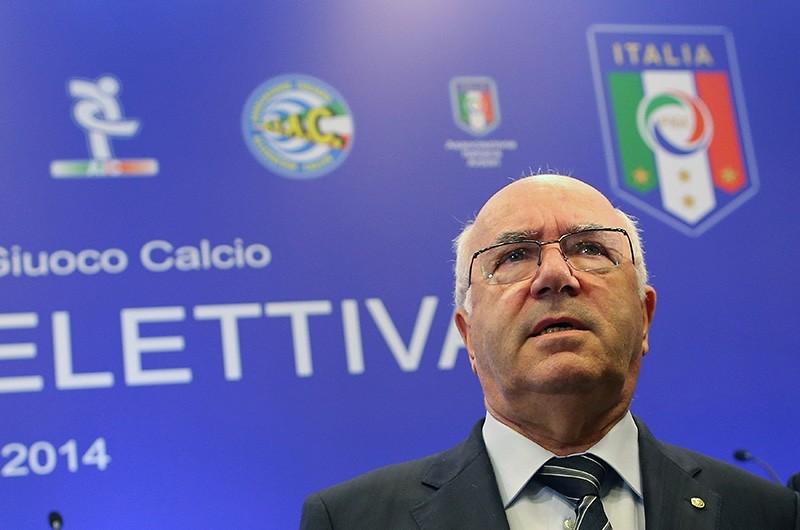 Referees association president Marcello Nicchi told reporters that Tavecchio had quit during a meeting at FIGC headquarters in Rome.

Tavecchio, 74, had been under pressure to step down after a goalless draw at home to Sweden meant Italy failed to qualify for the World Cup for the first time since 1978.

In a television interview on Sunday, a tearful Tavecchio blamed Ventura for the World Cup fiasco.

"The debacle was technical, the coach made the wrong technical choices," he said.

Tavecchio was first elected to the FIGC post in August 2014 to replace Giancarlo Abete, who had resigned immediately after Italy was knocked out in the first round of the World Cup in Brazil. He was re-elected as head of the federation in March when he said that he had restored Italy's credibility.

During the 2014 FIGC campaign, Tavecchio caused an outcry when he made a comment about a fictitious African player he named Opti Poba "eating bananas."

He was subsequently banned from holding any position with world governing body FIFA for six months while European body UEFA imposed a similar sanction. The FIGC, however, cleared him of any wrongdoing.