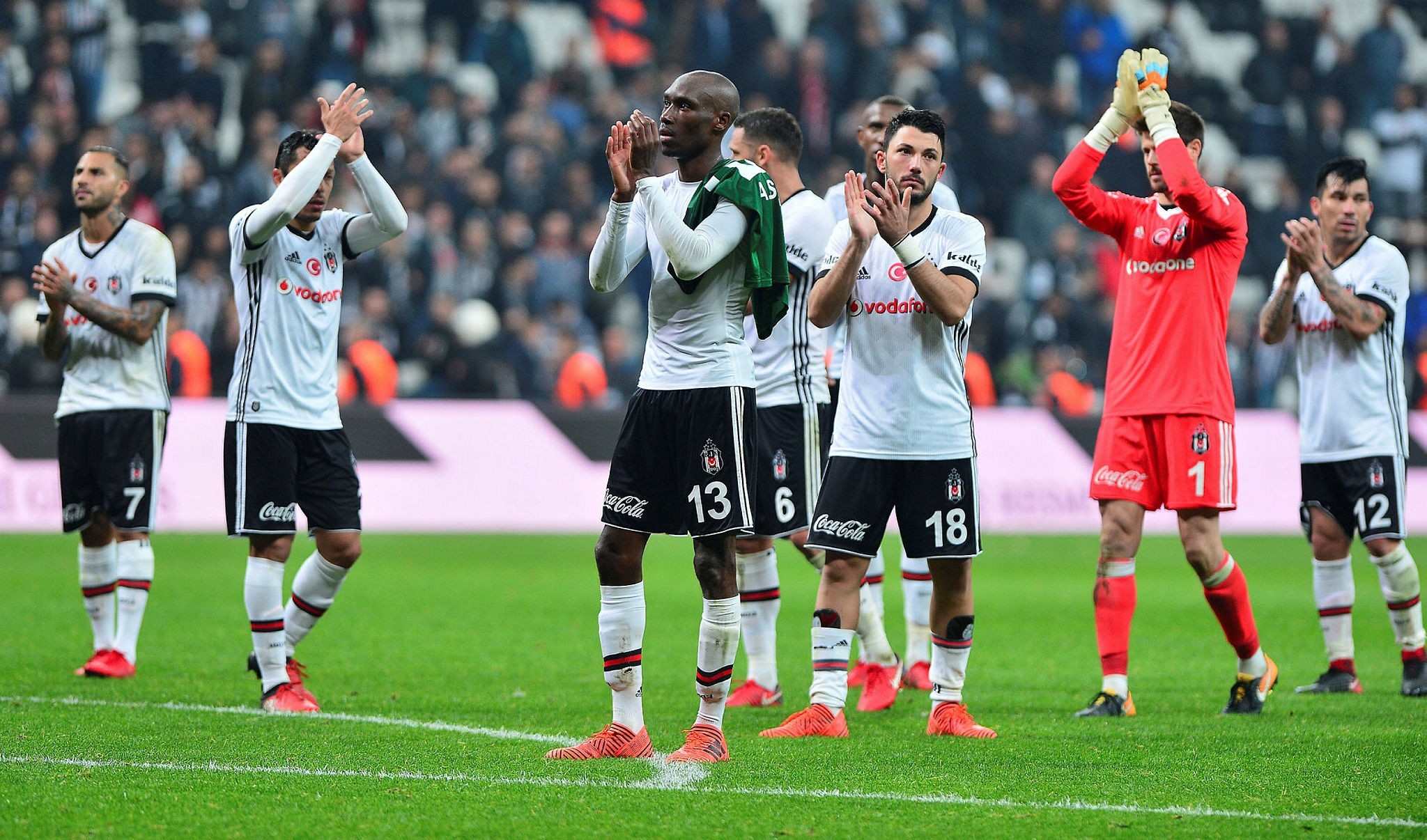 Leaders in their group, Beşiktaş host Porto today at Vodafone Park for a UEFA Champions League game where it will seek to break the points record for a Turkish outfit in the competition

In the fifth match this season for Group G in the UEFA Champions League, Beşiktaş hosts Portugal's Porto in Vodafone Park in Istanbul today. A win will set a record for Beşiktaş for the highest points total for a Turkish team and more importantly secure a place in the competition's upper groups.

The team leads Group G with three wins and one draw, bringing them 10 points. The match, scheduled for 8 p.m. local time, follows a 3-1 away win for the Black Eagles against the Portuguese outfit. A streak of wins against Leipzig and Monaco, 2-0 and 2-1, respectively, was followed by a lackluster match against Monaco that ended in a 1-1 draw.

A draw is sufficient for Beşiktaş to rise in the Champions League, but if it suffers a loss, the team has to wait for the result of the Monaco-Leipzig match. If fourth-place Leipzig loses to Monaco at the bottom of Group G, Beşiktaş will move on.

A win against Porto means a repeat of a five-straight-wins record the Black Eagles accomplished last season, taking the title for the highest points record for a Turkish team in the UEFA Champions League from Fenerbahçe. Fenerbahçe had reached the quarterfinals in the 2007-2008 season when it tallied 11 points.

Playing home, however, may spell doom for Beşiktaş as it lost the past three matches at Vodafone Park and suffered a draw. Its only Champions League game against Monaco at the stadium also ended in a 1-1 draw.

As for the line-up, the Black Eagles may spare midfielder Tolgay Arslan and defender Caner Erkin from today's match as the two were handed down two yellow cards each in the past four games. Porto's Sergio Oliveira and Danilo Pereira also have two yellow cards from past games.

For Cameroonian international Vincent Aboubakar, the match is a reunion with former teammates. Transferred from Porto last season, Aboubakar scored 19 goals for Beşiktaş before a return home to Porto. He was a no-show on the pitch in the Eagles' first away match against Porto but angered the Portuguese side when he met with his former teammates after the match. The striker is riding a wave of success in Portugal and in the Champions League this season with 12 goals.

Aboubakar is not the only link between Beşiktaş and Porto. Black Eagles Pepe and Ricardo Quaresma also cross paths with their former team too today. Portuguese native Pepe will confront former Real Madrid teammate Iker Casillas in today's match. Porto, meanwhile, is counting on its past successes in Turkey. Besides its most recent draw against Beşiktaş, the Portuguese side has won all their matches except in their first visit in the 2002-2003 season when they drew 2-2 against Denizlispor in a UEFA Cup match.

In Group G, it lost 3-2 to Leipzig and secured a 3-0 win against Monaco in away games. In its seventh successive group stage campaign now, Porto reached round 16 last season before bowing out against Juventus.